Big thanks to Steve N (Hampton Caught) and Simon (6R4) for inviting me to join them at the Rallycross GP.

I had only met Steve once briefly before and had only really chatted via the forum. So it was good to meet up and to share someone else’s (and Simon’s) enthusiasm for their collection of models and their fairly obvious passion for Rallycross.


We had three display boxes set up in the VIP area. Box 1 was all Rallycross, Box 2 30th Anniversary of Metro 6R4 and Box 3 Group B and Colin McRae. Guest highlights were Tanner Faust, Mike Endean and Rob Gibson. With much apologies to Simon we forgot to take a photo of the Rallycross display on Saturday when Simons model were also on display. Next time…

Lot of photos here so hope these turn up in order!! 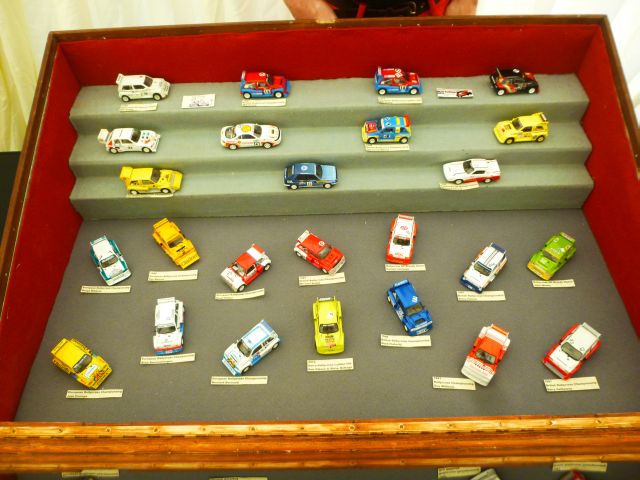 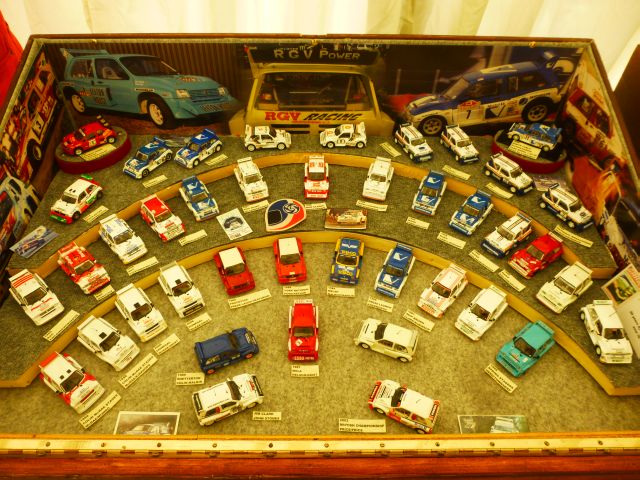 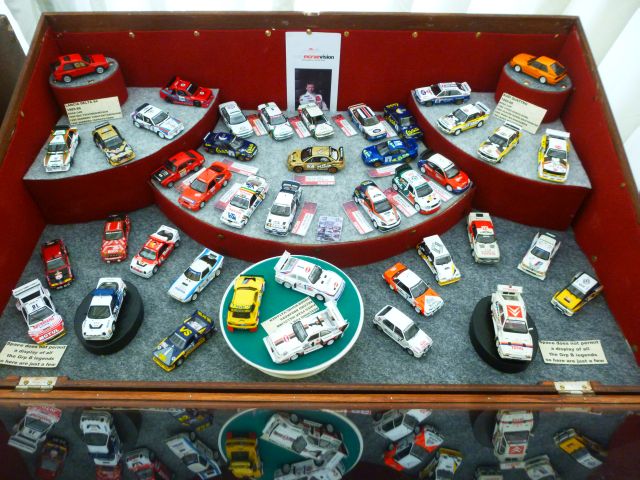 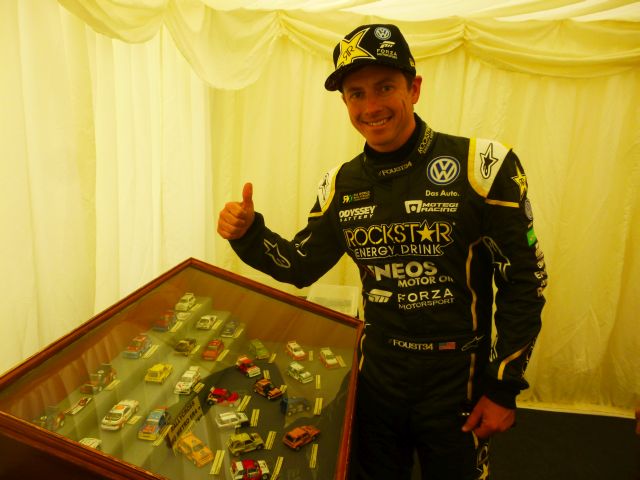 The action was fast and furious. The cars colorful, some nightmare models for any potential model makers!! 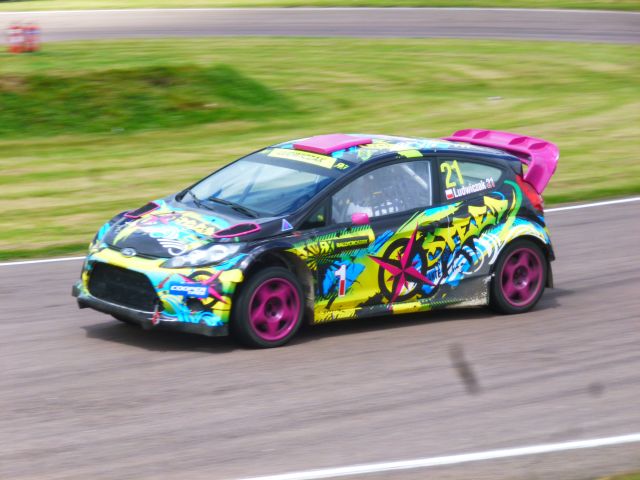 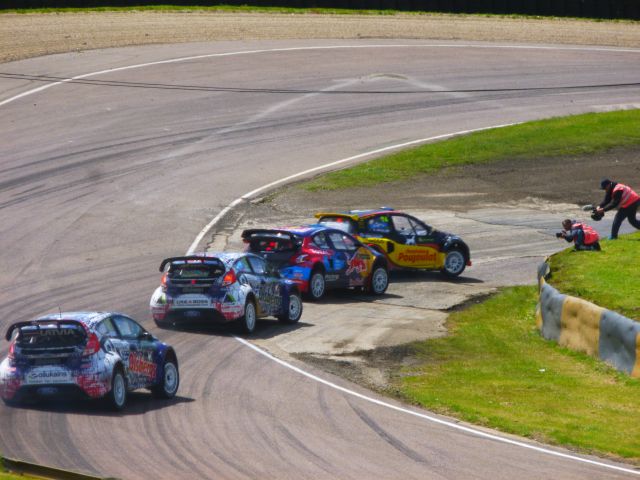 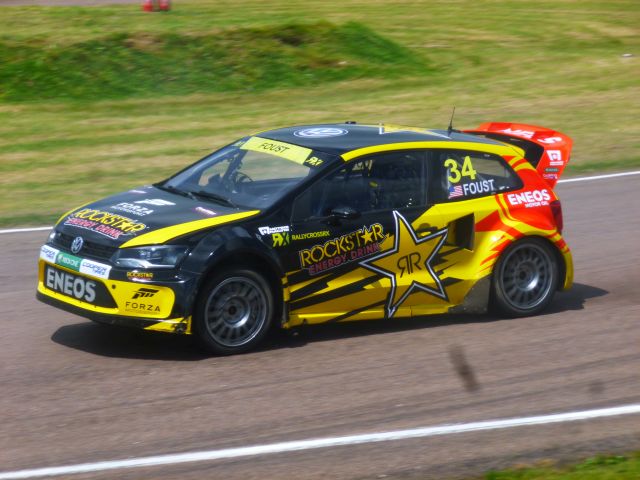 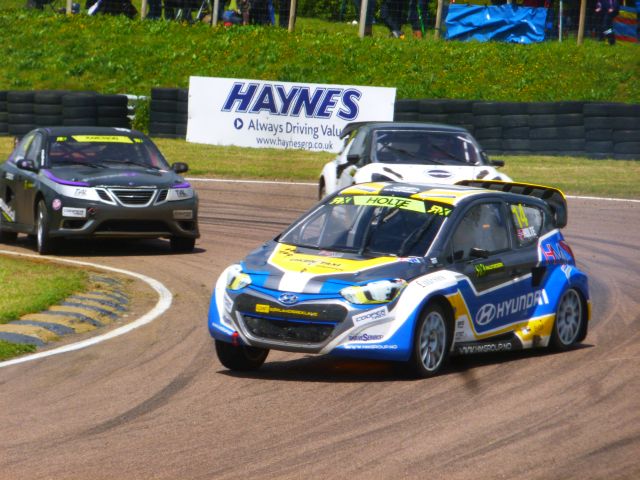 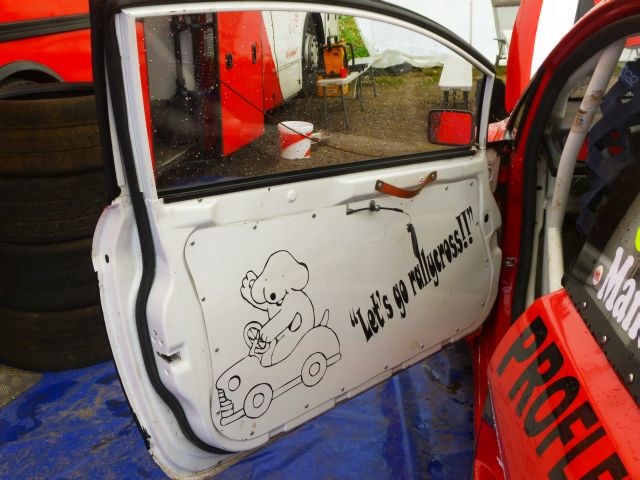 Pat Doran had the Q8 RS200 out after a long restoration, they were still adding the stickers on Saturday morning. It looked superb. Sadly it caught fire on the track later, Pat is OK and the car looked much worse than it looked a bit later. 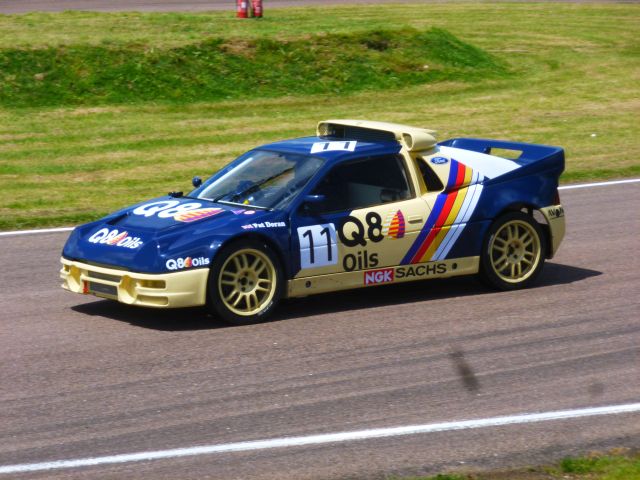 The Jan Arthur Iversen RS200 was also out demonstrating 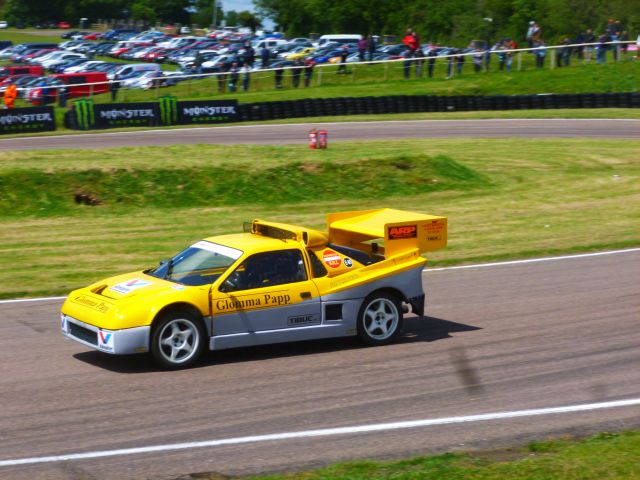 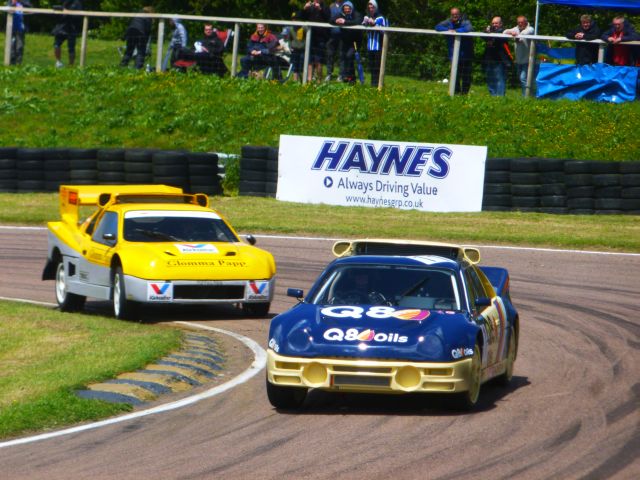 Tanner Faust after practice stopped coming into the paddock just as a fuel pipe popped off. Note the fire in the foot well!!! 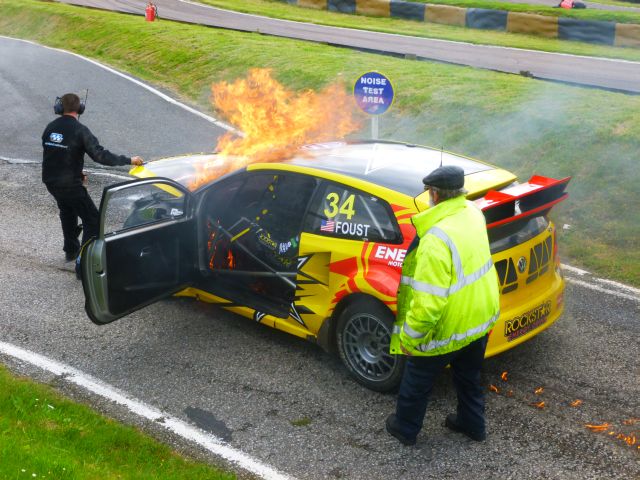 If you have not been to Rallycross before check it out. Look for coverage on Eurosport.

Thanks everyone for a cracking weekend
Cheers
Chris

Great pics Chris. Thanks to both yourself and Steve for a great event, great chat and top on track action.

I have a few pics which I will get uploaded as soon as I can.

The link to the RS200 incident.

Fortunately the driver is OK and the car can be rebuilt.

A few of my pics from Lydden

The Rallycross Models Display from Saturday 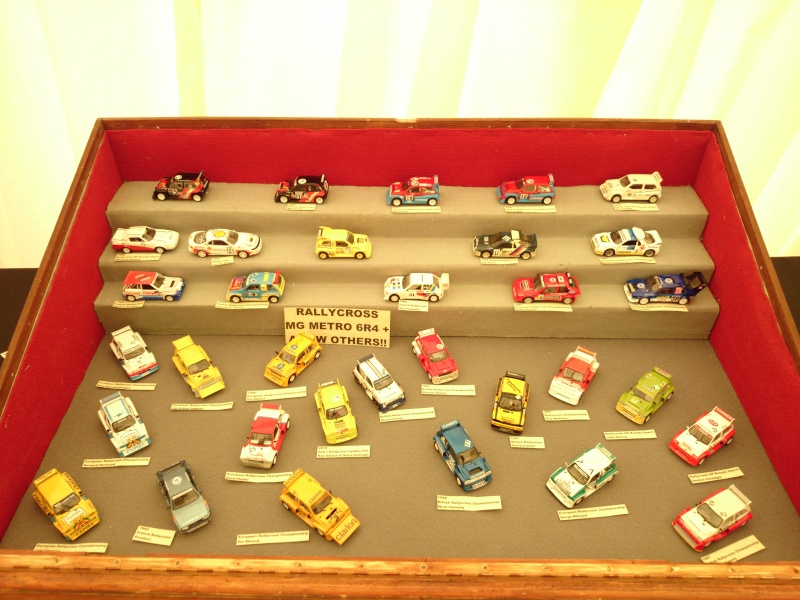 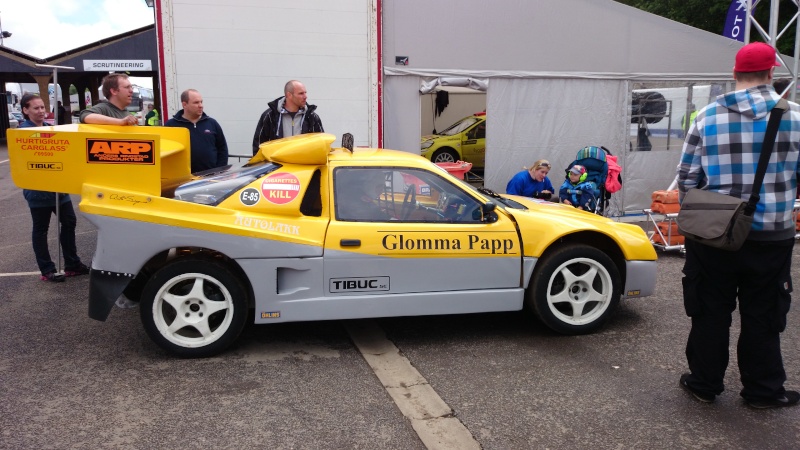 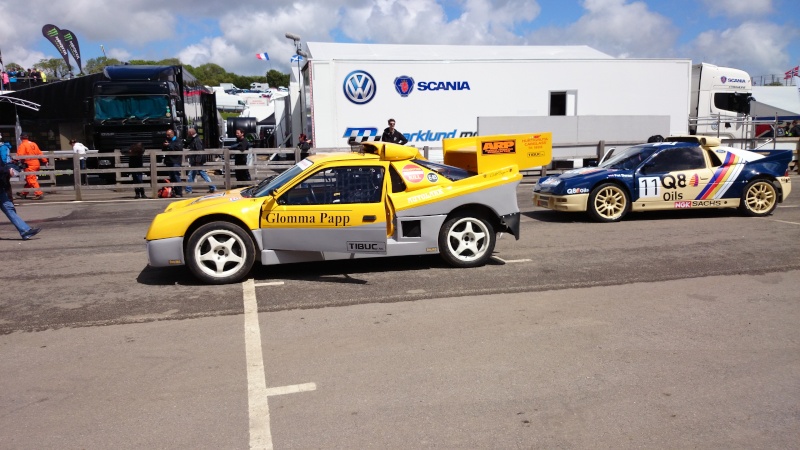 'Rosie' looking a bit nicer before the fire 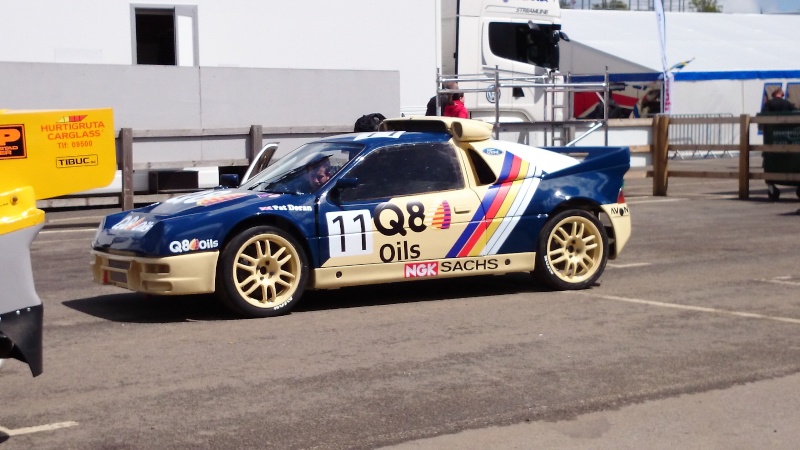 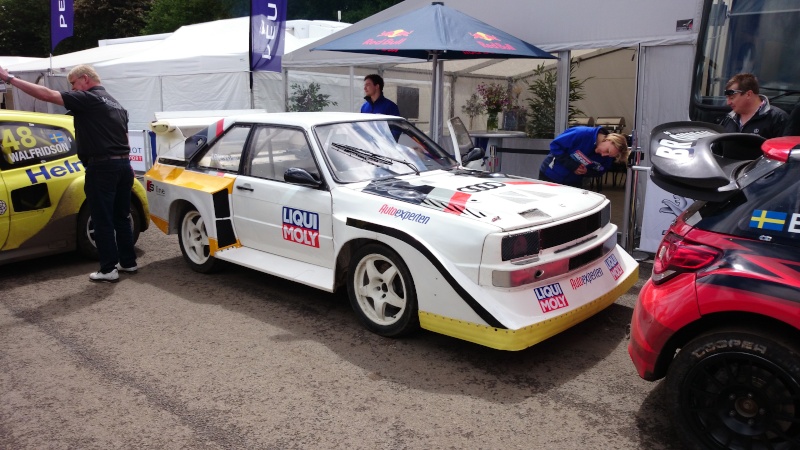 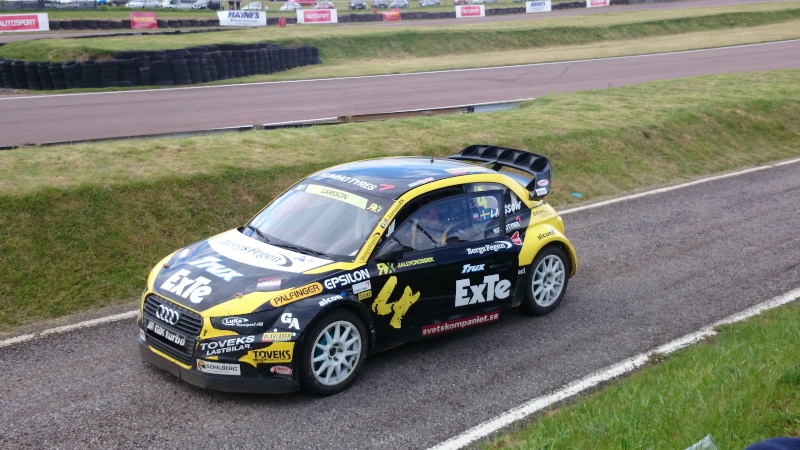 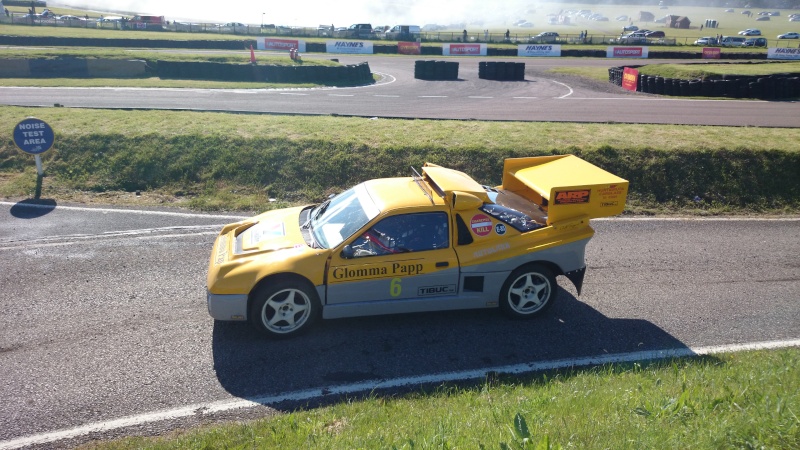 Watched alot of it online live.

Thanks to Mark lowe for the link

Thanks for posting the piccies and for helping make the weekend what it was - a total success! OK, if you were Pat Doran, it wasn't so much of a success having an in-car BBQ, but then again, Tanner Foust and 2-3 others had the same issues, although on a smaller scale thankfully.

I was overwhelmed by the positive comments from the many folks who took time out to look at the models and remember rallycross in it's Group B hay-day. Between us, we gave out a load of flyers with info about the Forum (thanks for those, Brian) and also information about Andy's website as several people wanted to know if the models were for sale.

The racing was fast and furious. Many of them were 'edge of the seat' exciting. Having watched the 'highlights' of yesterday's Monaco Grand Prix this afternoon, there's no competition between the two sports in terms of excitement and spectacle.

Thanks again for your company over the weekend and I look forward to repeating the success some time in the future.

Great display on Sunday Chris and Steve ,chatted to you as you were setting up and while queuing for lunch (escort and RS collector).
Some great racing too ,few pics from the Group B tent 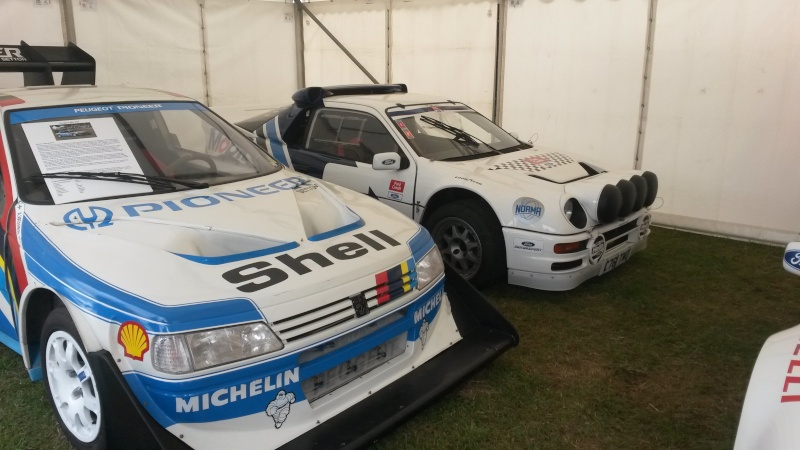 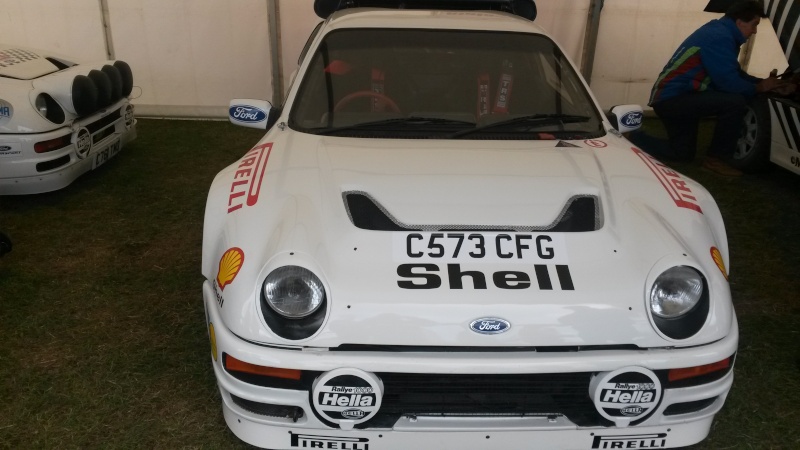 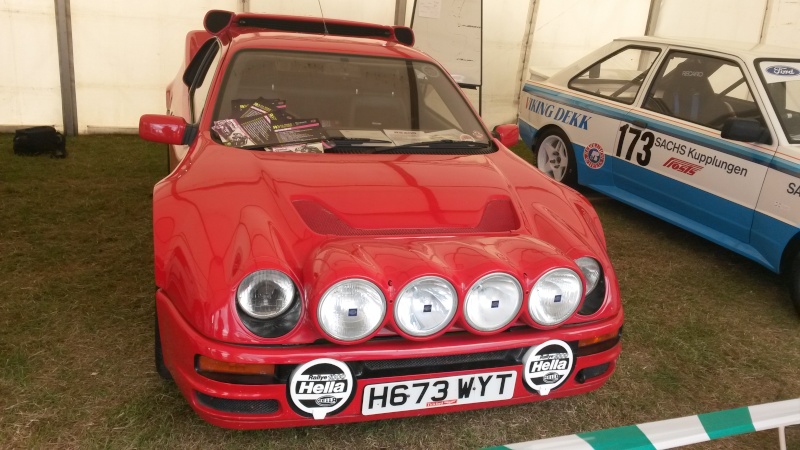 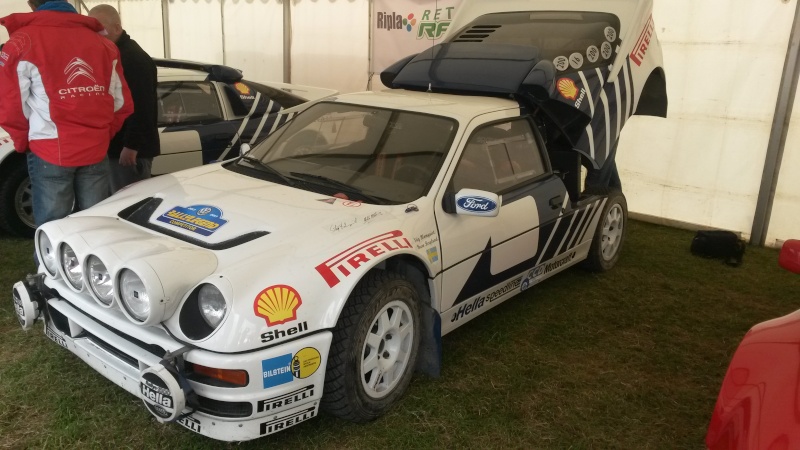 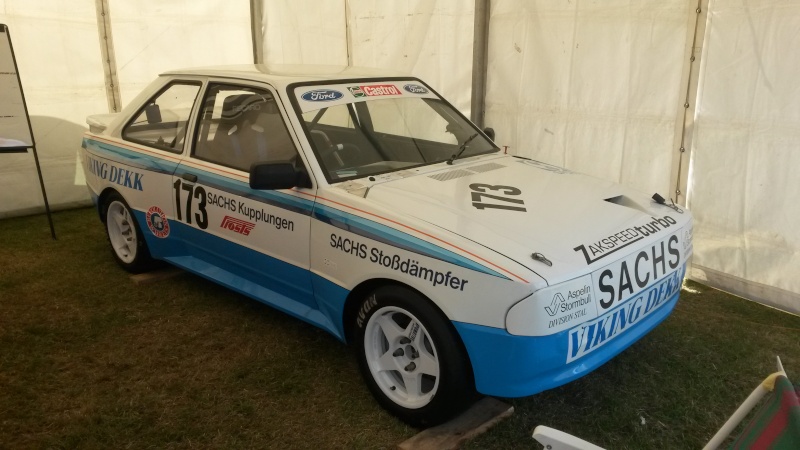 Great shots, thanks for posting the pics and a big 'well done' from me for posting piccies on your second-ever post! I've been a member since the start and haven't worked it out properly myself yet! Doh!

Very pleased to see you've found your way to us on the Forum. You're sure to find us a friendly and welcoming bunch. Several of us have specific interests by way of car brands, drivers, rallys in wee islands off the west coast of Wales, that sort of thing. The crucial things is, we get along great, share our enthusiasm for models and modelling, exchange hints and tips, buy and sell from each other and have some friendly banter.

Good to have you on board I saw you pick up one of the DRM flyers we had special made for the occasion!! So there you go everyone it does work!!!

As you said at Lydden I am sure we have met at Race Retro or perhaps Rally Day in the past.

As Steve said the forum is full of knowledge and skills and plenty buy!!!

Very nice pic's Neil. And welcome to the forum.

Im still waiting to see eurosports coverage. Everytime its recorded on the box and i try to watch it, its bloody tennis
_________________
Always interested in 1/18 Irish Decals/models 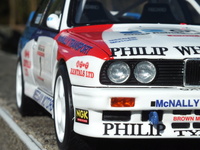 I can assure you the rallycross was ten times more exciting than a tennis match! make that 100 times!

Hoping it gets broadcast on a channel I have access to - I have the freeview channels and that's it apart from the on-demand channels via the interweb. Does anyone know if the Lydden Rallycross has been broadcast anywhere yet? If so, which channel?

Trying to catch up a little with what I've missed over the last few weeks, months...

A stunning display of models there guys, well done!

You must be very proud of what you managed to put together between the three of you, and what sort of interest all of the models and displays generated. I do so wish that I could have been there to support you and join in on all the furore and hype, but work had me down for the complete weekend more's the pity!

Love the Metro 6R4 display in particular, and the 6R4s within the extensive rallycross display. Nice to see such a variety of versions in the latter as well!

Full credit to you all!

Thanks David, that means a lot.

With the exception of one 6R4s made by Vitor, the rest of the rallycross 6R4s were all my own work and I was delighted with the response over the weekend. Quite humbling.

It was a real pleasure putting the display together with Chris and Simon, sharing the model-making passion and some handy household tips with each other and getting to know the guys better too. Hurrah!

Hope you can make a future event, David.

I still keep coming back to look at the pictures of the models. The cases really set them off. A great way to display them
_________________
Always interested in 1/18 Irish Decals/models

I know what you mean, Brian. They do set the models off very well indeed. And they lock too!!!

Chris is getting me a display cabinet and I'm anticipating displaying my rallycross models in it in the future.

I am shortly going to start building the grid of the Ripla Retro Rallycross Challenge and am anticipating making my first ever non-BL/ Austin Rover Group/ MGR car! Shock horror!

I have a Mk3 Escort XR3i which will soon be morphing into the BDA powered, rwd Escort of Ray Morgan. Before anyone keels over with shock, I will be making the two Mini Clubmans of Ian Biagi and Lance Foster (those are the proper Mini Clubmans, not the BINI Clubman jokes that BMW are currently flogging) that are competing and then on to build Barry Stewart's Porsche.......

Yes, I have Rob Gibson's 6R4 completed last year so I'm off to a start!!