I'll be there for all three days of the show this year, as from 9am Friday morning when I will be meeting up with Nicky and Chris to conclude a few deals. With no action on the stage tomorrow I guess I'll just be wandering around the halls, browsing the autojumble and memorabilia stalls, with an occasional peak out in to the car parks to see what's arrived for the weekend's action.

I am more than happy / willing to meet up on the SHMAC stand at 1.15pm on both Saturday & Sunday - whilst the Live Rally Stage is quiet.

Nicky, DaveC, Peter, Simon, etc or anybody else if your at the show and free - see you at the SHMAC stand J46 in Hall 1.

Have a great day at the show today guys, hopefully see you all there tomorrow

Day 1 done and dusted, good to meet up with Chris, Nicky and Dave. Bought a bagful of models and got a base for the Frank Meagher Cork20 Focus. Also picked up a McKlein Group4 book for £15 as the spine is slightly torn. Back for more fun tomorrow and the live action stage

Sounds like there will be nothing left by the time I get there tommorow! Forecast is a bit iffy for the drive down but aiming to be there for at least the first run.. 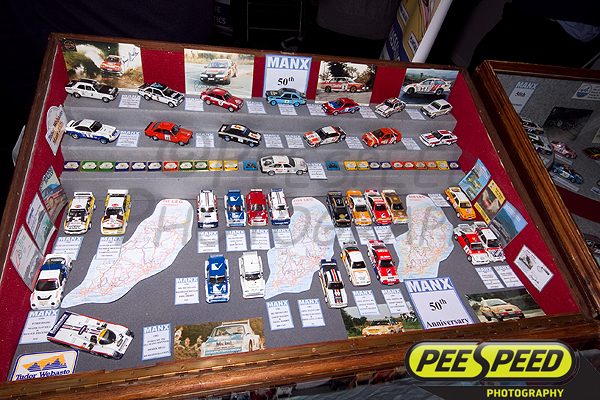 and a visitor to the stand 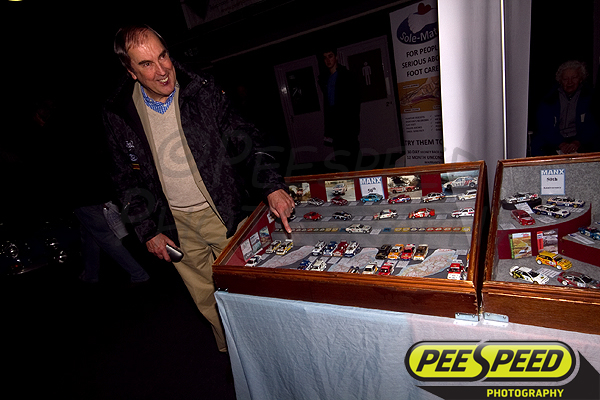 A cracking display by Chris as ever, hey Peter?

Nice to meet you at last, and how cool was it of Phil Short to point at my David Llewellin 1986 Manx Rally MG Metro 6R4 - which he was co-driver of nor those that didn't know!

See you tomorrow 'out in the field'!

Fab display as usual by Chris. Sounds like next years one will be a cracker too 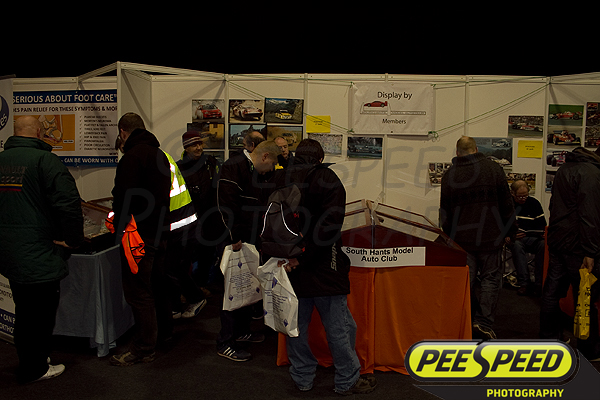 Great to meet up with some forum members, Dave S, Dave C, Pete, Nicky, Simon and Andy H - sorry if I missed anyone!!!

Thanks for all the comments about the display, I went down really well with the right people.

To answer some questions about - Why no Chevettes in the display? At the time I never got any of the Showcase Chevettes in Manx colours. I had looked at converting an Altaya Chevette into a 1977? car but could not get all the info I needed. Hopefully once the HSR models become available some Manx versions will appear. But give me 10 years, come back for the 60th display and I will find some Chevettes!!

We had Jim Porter and Phil Short stop by for a long chat and later Stirling Moss and Murray Walker dropped in for a surprise visit.

Had a number of laps out on the rally stage with Jeff Williamson in the Visa and Bob Beales in the Beetle. They might have looked slow from the outside, but from inside there was plenty going on inside!!. Both were 1300cc, 120 bhp on the front wheel drive Visa about 90 on the VW. We had no brakes only the handbrake in the Visa on any run!!! Jeff suffers from Parkinsons these days but he has fun keeping his hand in on these play days for him. Predictably we were blown away by the Ferrari and a Legacy!!! But on one session we were catching a Lotus Sunbeam and on another catching a Porshe 911!!! All great fun.

I am back at work now catching up on some sleep!!!

Another great show but missed the meet up due to defrosting the hands on a warm cup of coffee! Maybe next year?

Posted some pics up in the other section.