Since a few people have been looking for RHD dashs for the Otto M3s, I decided Id show how to convert it to RHD yourself. First thing is to open up the Otto and remove the Dash from the chassis. Like every other Otto ive opened, it was glued in by a hot glue gun so you can just heat up the glue and it will release.

So here is the Dash removed. You first need to cut the part where the dials sit as this is the most important part of the conversion. Ive marked it with a pencil to show up where I need to cut it. Cut using a hacksaw or cutting disk for a dremmel, whatever is easiest. Prepare for plenty of dust as its quite messy. 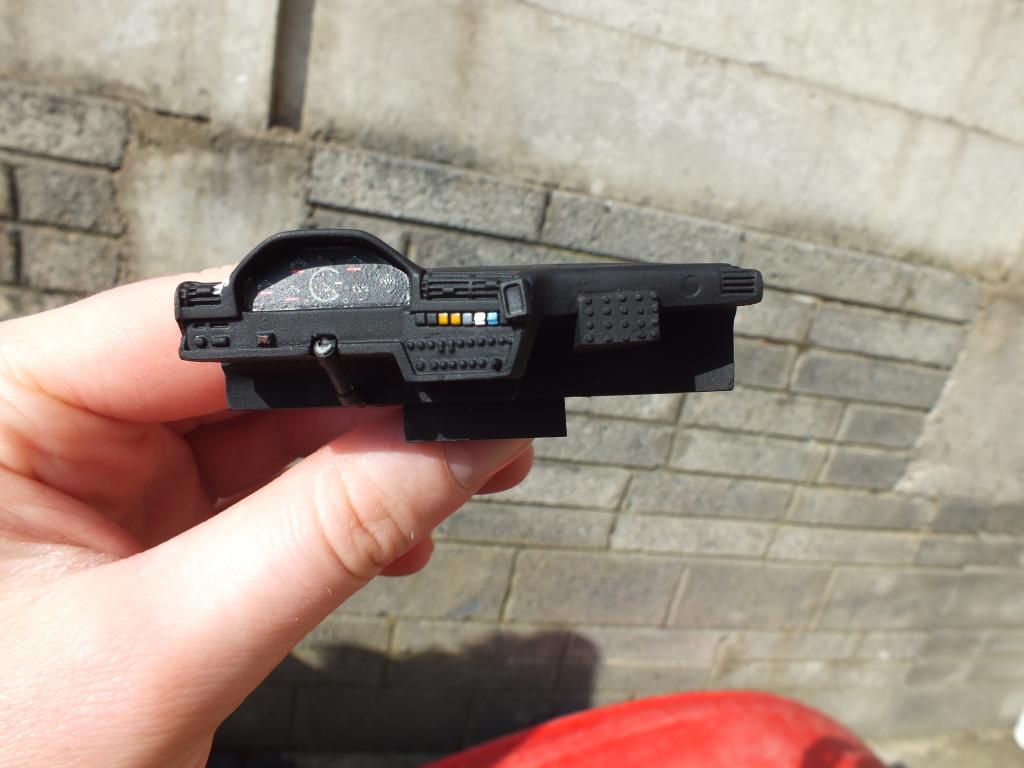 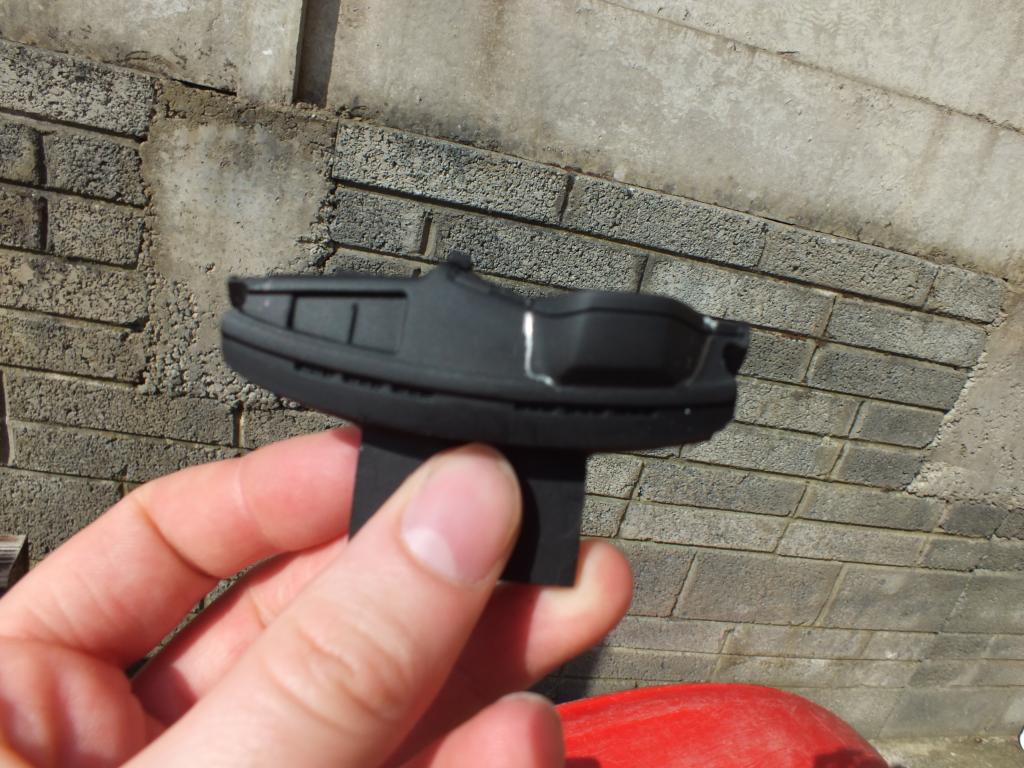 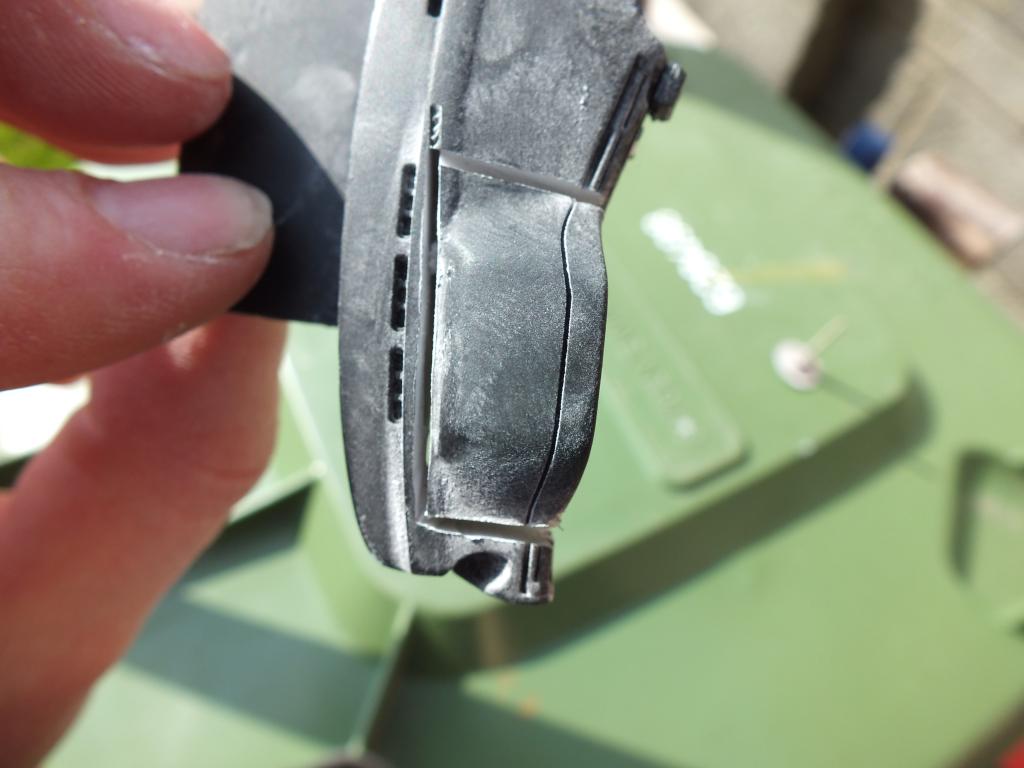 Then again using the pencil, draw around the part you cut out on the other side. This will leave a nice tight fit on this side. Again cut using a hacksaw or dremmel. Then you can glue back in the parts, but obviously swapped over. The side with the dials should have a good tight fit, but the other will have huge gaps that will need to be filled using milliput. The dials will still need some work too to fill the cut marks. You will also need to create a center console that now faces the other side. 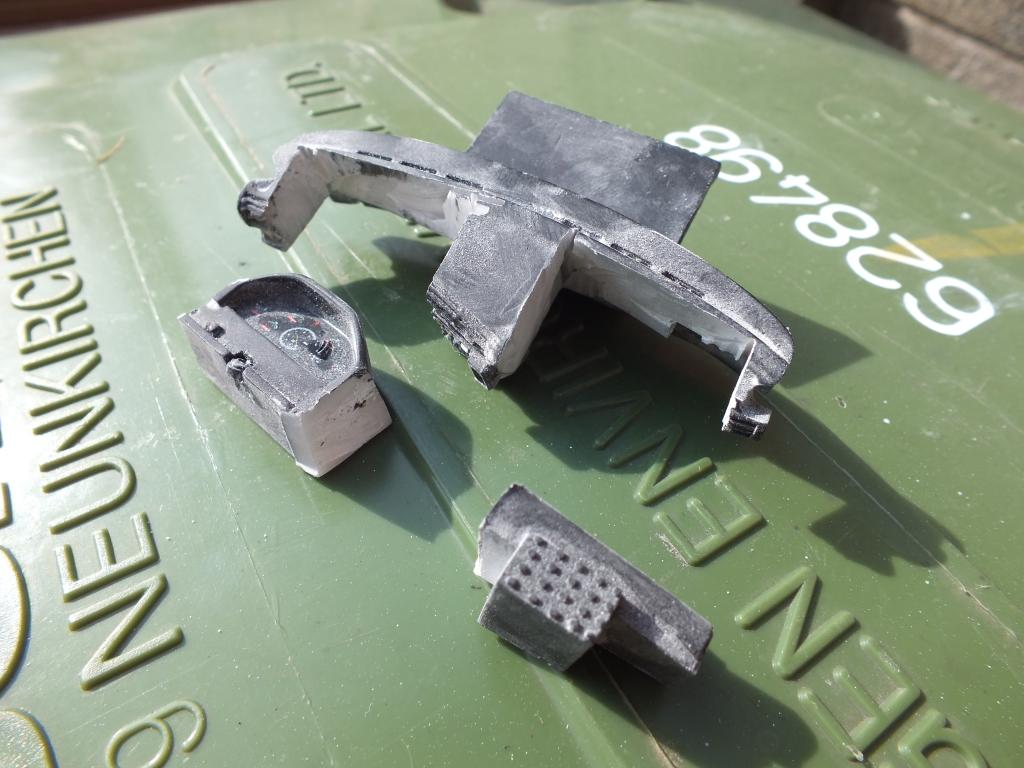 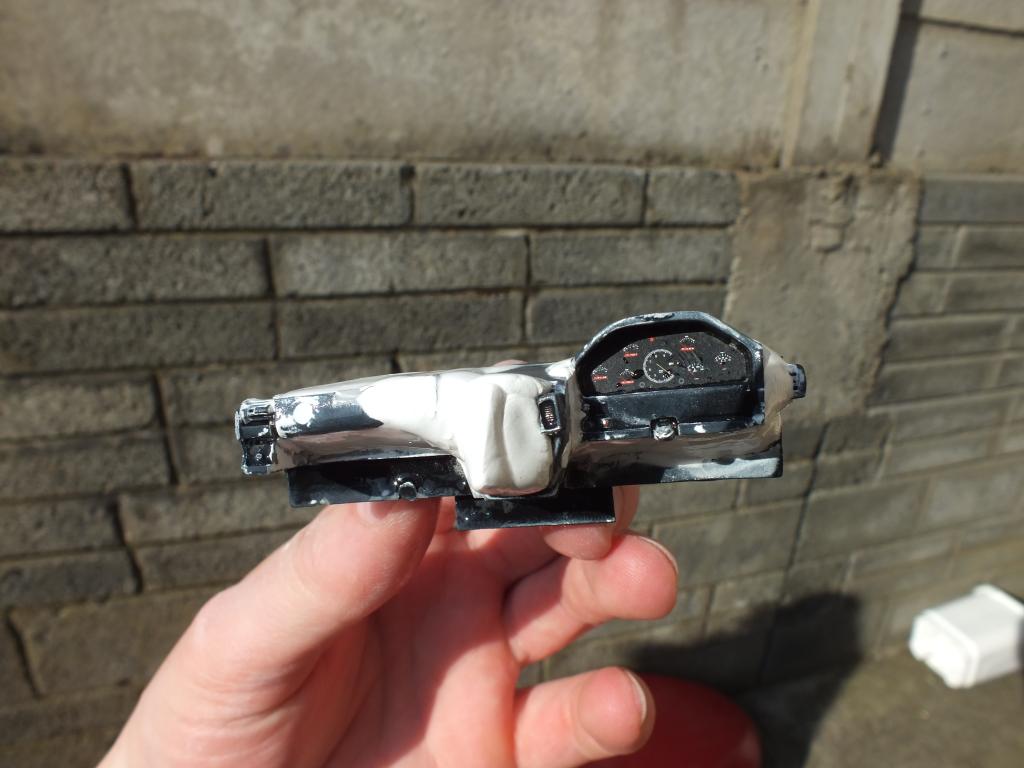 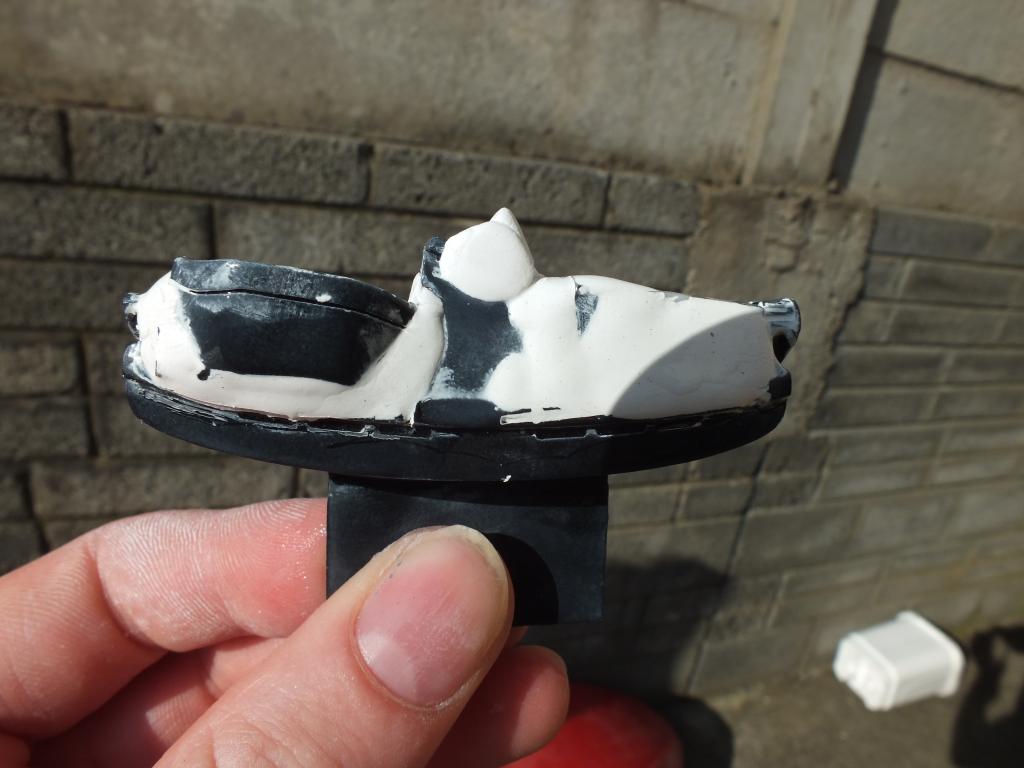 Once the milliput is hardened you can sand back and shape it. I havent got any pictures of this as you will need to try recreate the original shape. I used a mouse sander, various sanding sponges and a blade to shape these but you could use anything you like to shape it. I dont bother with the extra detail on the console as it will be inside the model and the doors dont open on the Otto cars. I do however use a decal with buttons on it and the same for the dials. Heres on unpainted, painted and the decals applied 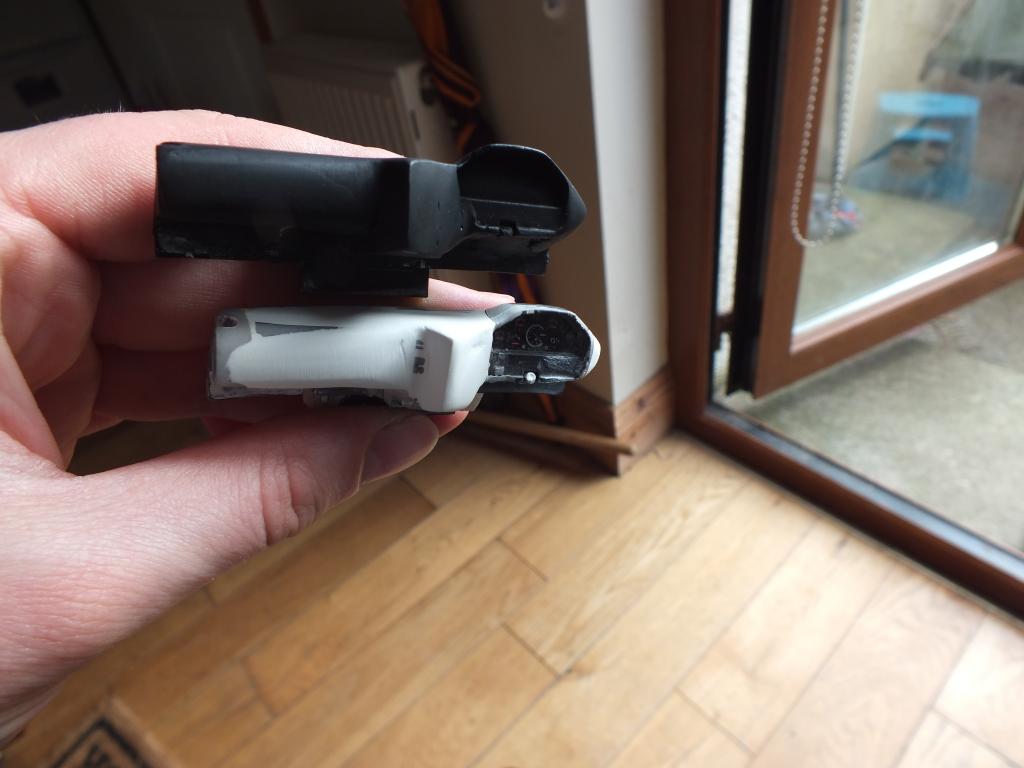 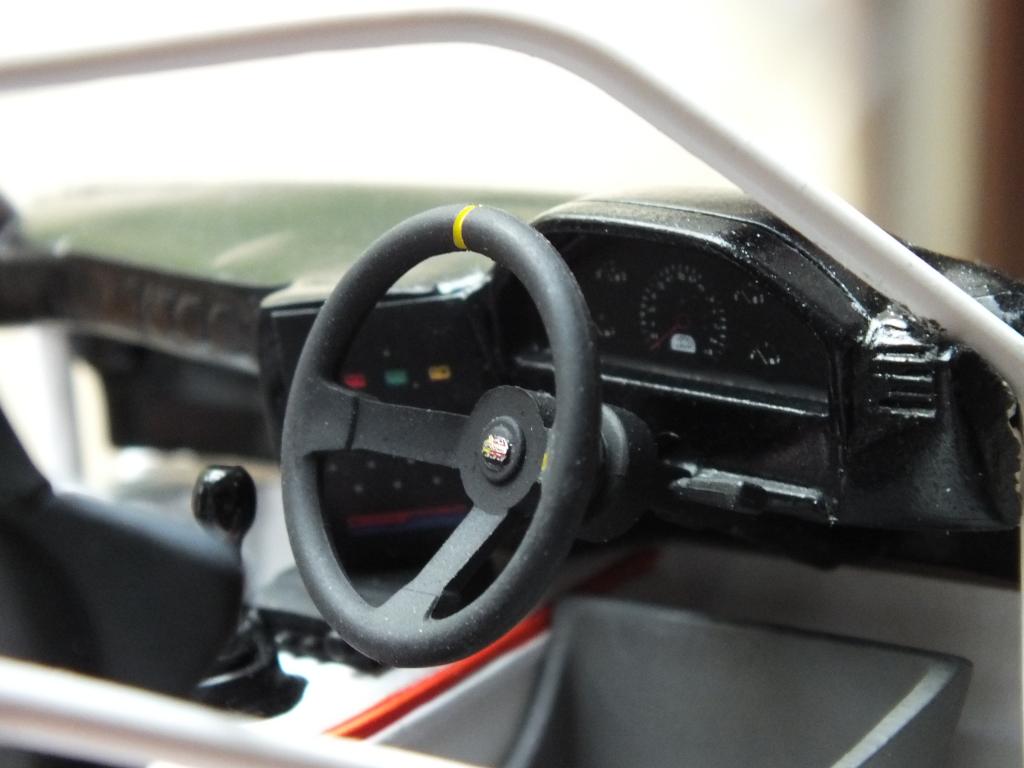 Like any dash conversion i do, I try to keep as much of the dash untouched as possible. By just cutting out what you need, you leave the rest intact and so it should just fit back in. This is especially important where the roll cage enters the side of the dash. If you move/remove these holes while cutting, you will have a tough time getting it to fit back in correctly.

Use a wet finger to smooth back the milliput while its still soft. It can be sculpted easily when its still soft and is much easier than sanding it off when it goes hard. Not a huge issue here but the spaces around dials need to be sorted before the milliput goes hard as its going to be too tight to sand in there later.

When working milliput down into cut marks, I use an old dart. Its a great modeling tool as its solid, wont break/bend and has enough of a point to work down into the gaps which will strengthen the whole thing when it goes hard.

Where i need a small part of milliput removed, or I need to create a flat surface, I use one of these blades to scrape it off. I use them as you see here without a holder but i dont even need to say how careful you need to be

Thanks for the post, Brian. Very clear and surprisingly helpful for those of us with good eyesight that do this sort of thing with 1/43 models!

I've converted a good number of 6R4 dashboards and use variations on your technique, but haven't used the Dremmel for this, yet. Any excuse to get it out...

a wee hint about the stanley blades lads, i wrap a few turns of masking tape around it about 3/4 of the way down, exposing just the sharp side...this is much easier on the fingers that are holding it..........

newt5550 wrote:You too tight to buy a knife to put the blades in Billy

Ha you can include me in that statement. Much prefer to use the blades as they are. Great for paring back milliput by drawing the bade across it. Removes milliput smoother than sandpaper and creates a flat surface without rounding any corners anywhere else like sandpaper would. Much more accurate as well. Just need plenty of plasters in the house until you get the hang of it
_________________
Always interested in 1/18 Irish Decals/models

right to the heart every time!!

right to the heart every time!!

Great hint about the tape and blade, Billy. I'll give that a go next time I'm model building

.... which could be after Christmas

Great hint about the tape and blade, Billy.  I'll give that a go next time I'm model building

.... which could be after Christmas