Sponsored by Fast Ford magazine this is one of the biggest gathering of Fords in the UK. Don’t expect to see many classics, but if STs, rows of green or blue Focusss, fluttering turbos, banging exhausts, chrome and big wheels are you thing this is the show for you. There are literally thousands of Fords in all sorts of colours, most with huge exhausts. Not much in the way of rally or race cars. The whole show is not particular my thing but I was there to support the model club display.

I had not been able to be part of our club display for a few years, so I gave the Colin McRae Ford collection a run out this year. Arriving very early we had five club members set up with various Ford themed displays in one of the old F1 pits. Not much in the way of model stalls at the show just Car Crazy and Andy Millington. But we had a steady stream of visitors all day. 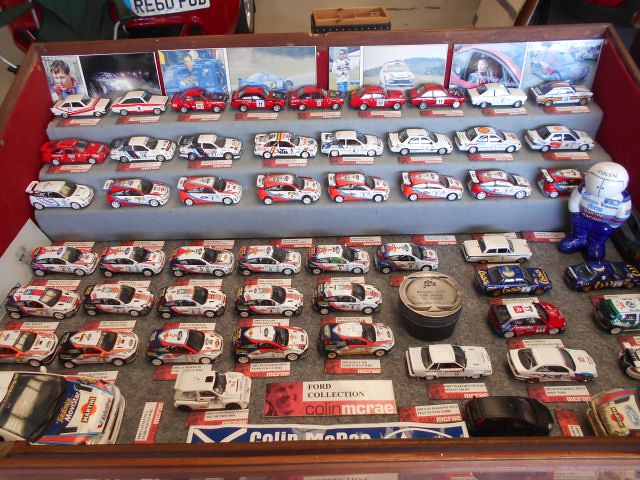 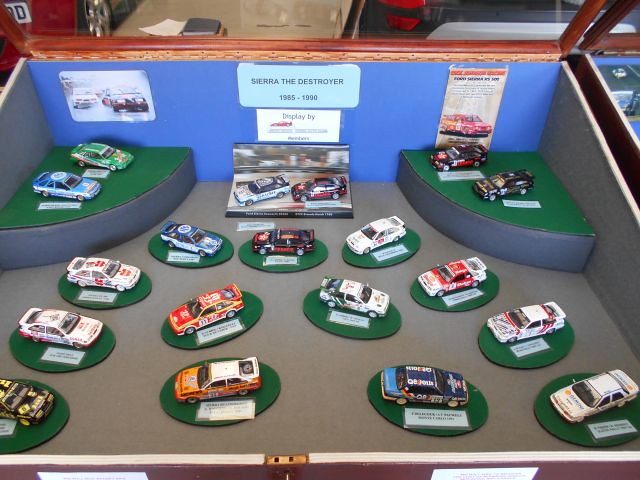 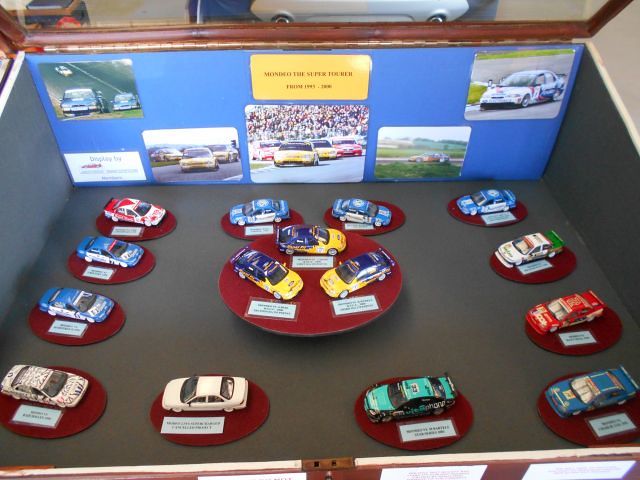 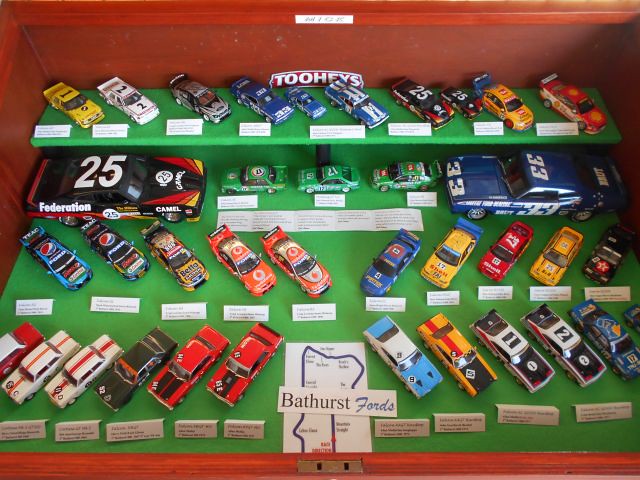 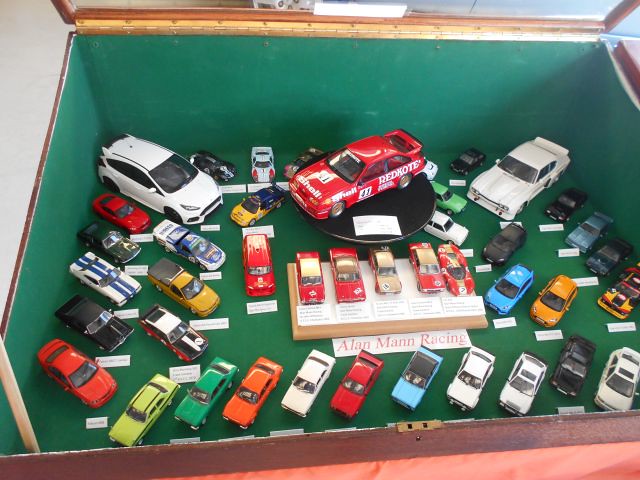 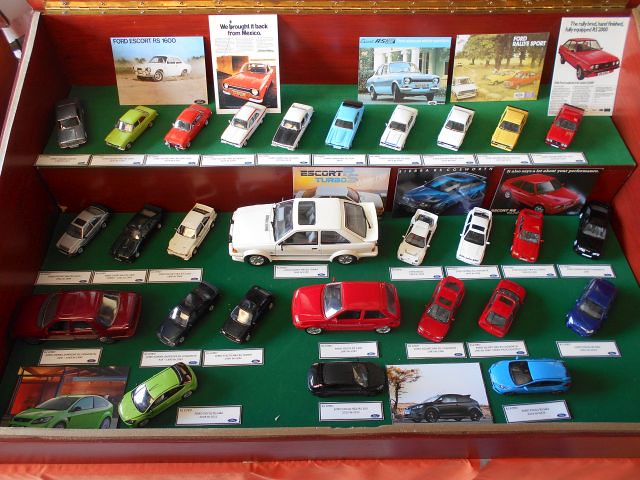 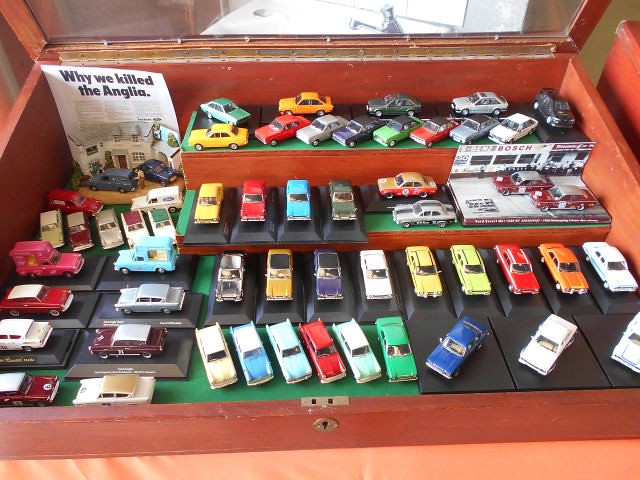 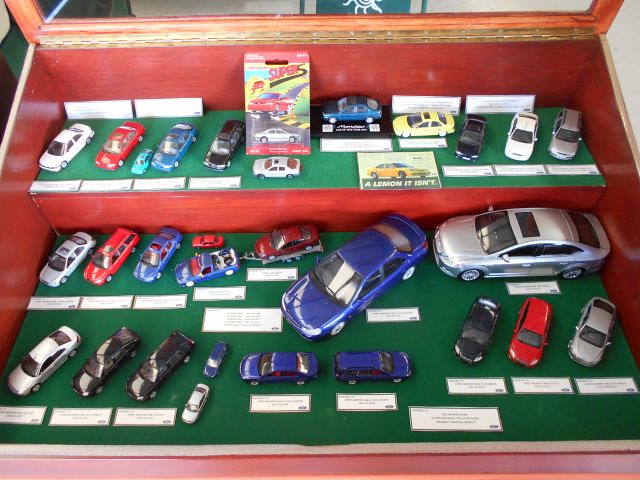 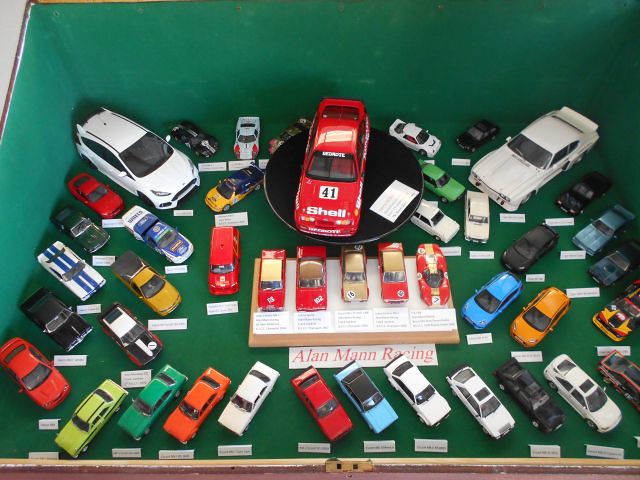 
I have picked out a few of the real cars. The Mobil Sierra is a genuine Bathurst car, The Fiesta WRC car is a mock up, the red & black Taunus a RHD GT version very rare 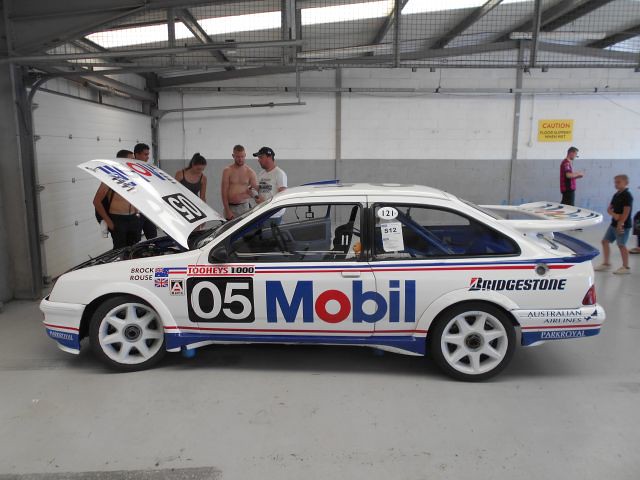 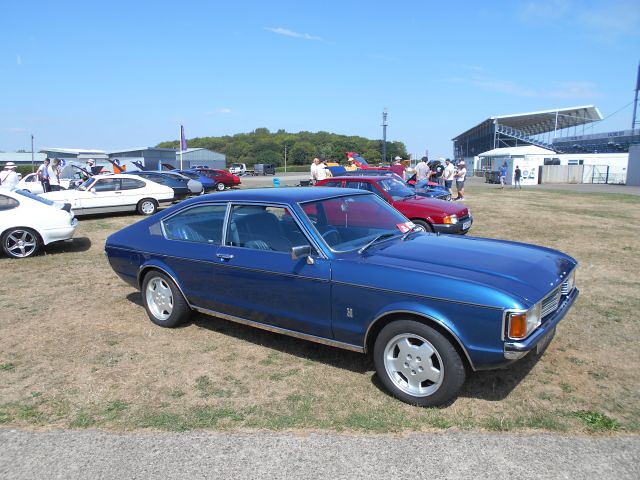 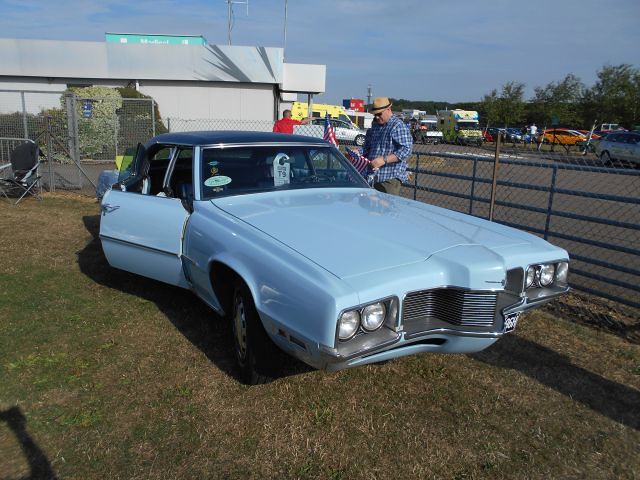 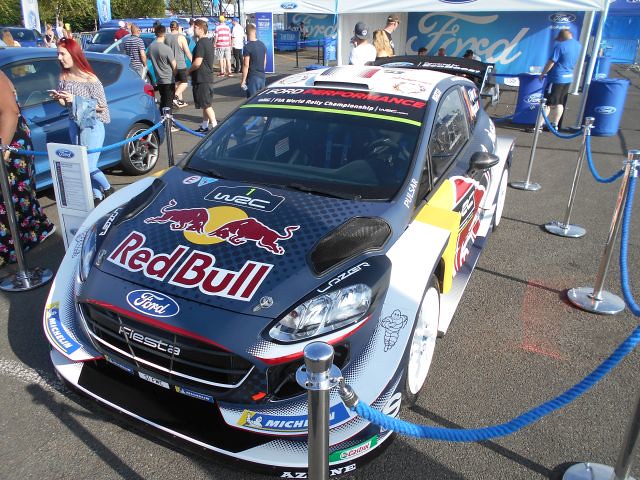 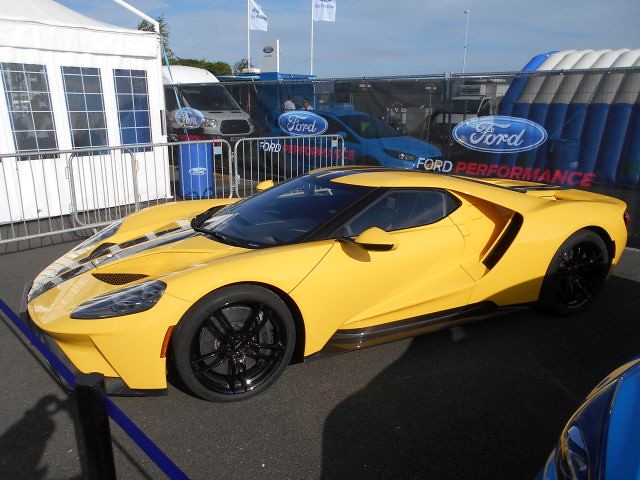 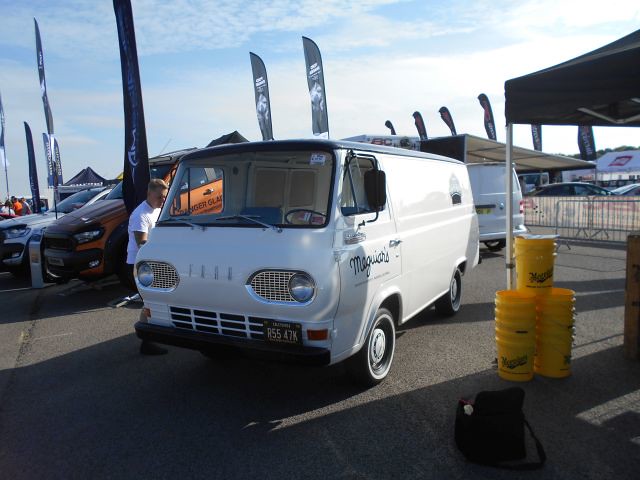 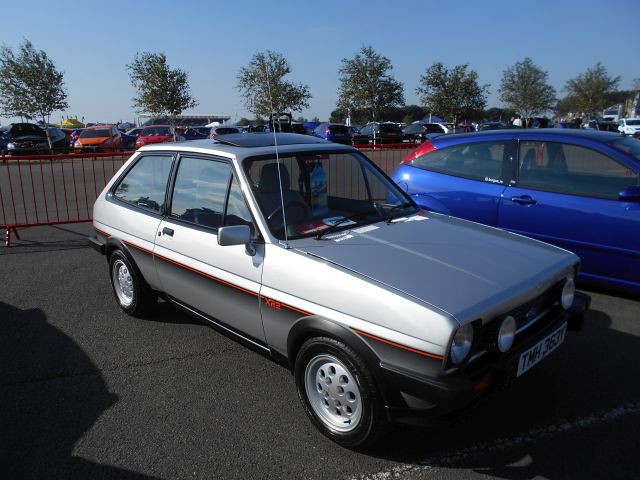 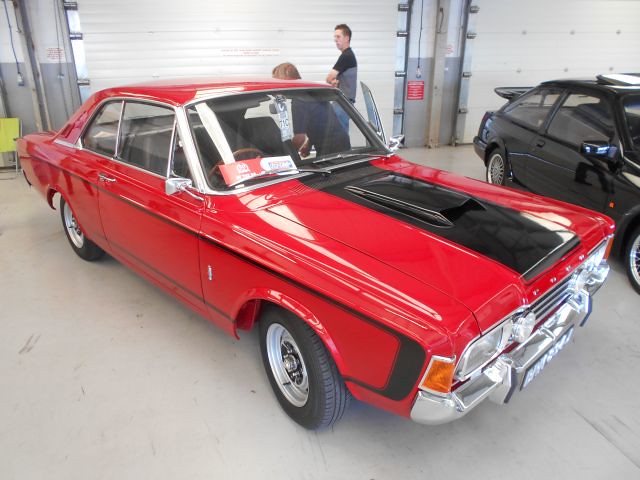