Lost interest in building models for a while, and to get back into it ive gone back to an old project and did a bit more to it. I stripped this MK2 about 2 years ago, so its been a long project. Its survived 2 house moves, and typically, as soon as i start it again, i loose a part (rear spoiler).

The MK 2 started out as the rothmans acropolis car as i had a spare. Its eventually going to be a David James Mk2, so a more modern roll cage was required. Its still a bit rough, and the joins need to be finished but the cage is nearly there. Still a lot more to do. Finish the cage, finish the dash conversion, rework the air intake ive built for the roof, fit some modern seats, internal plumbing etc. Have some special wheels being built for this aswell. Now back to small ones 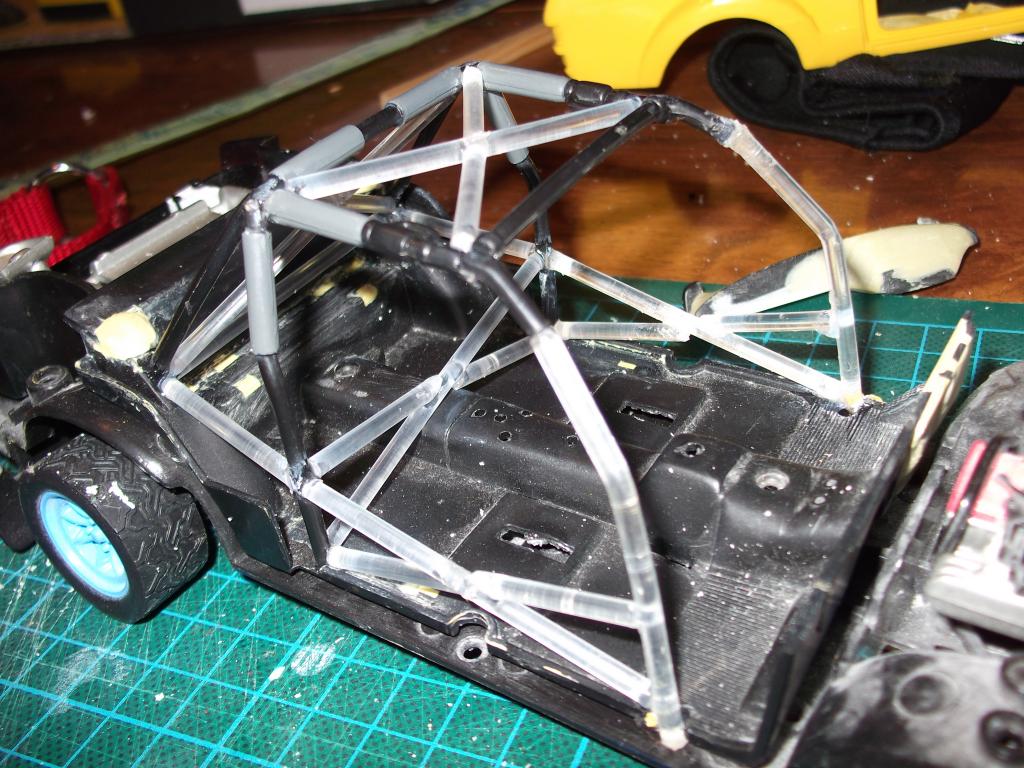 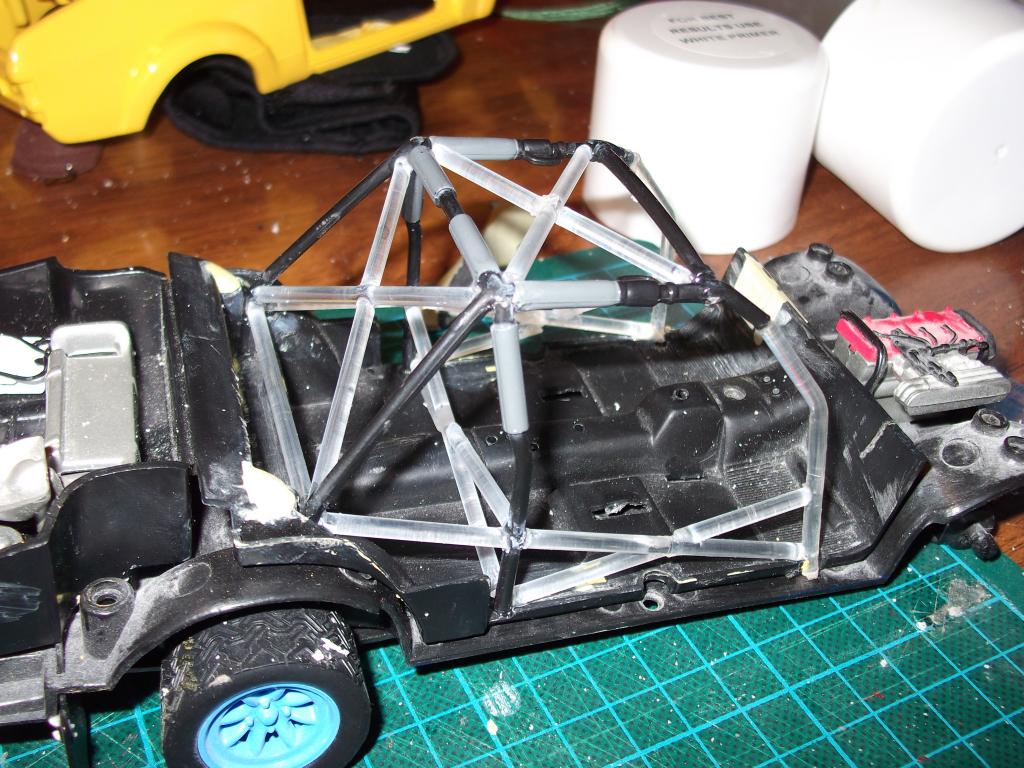 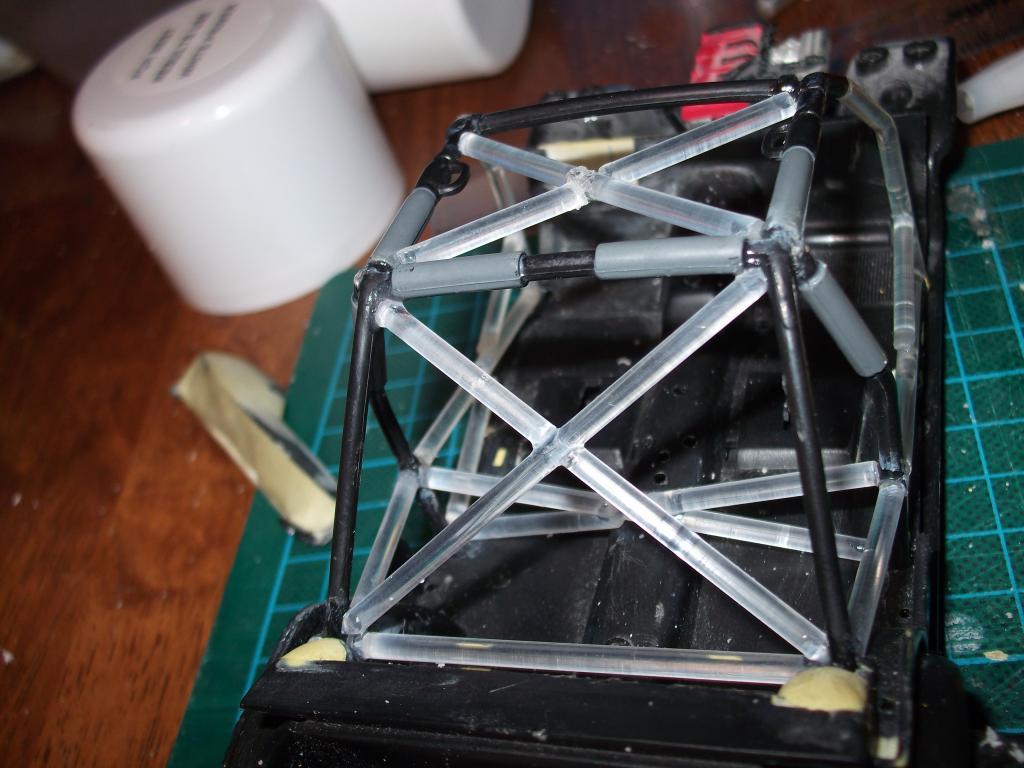 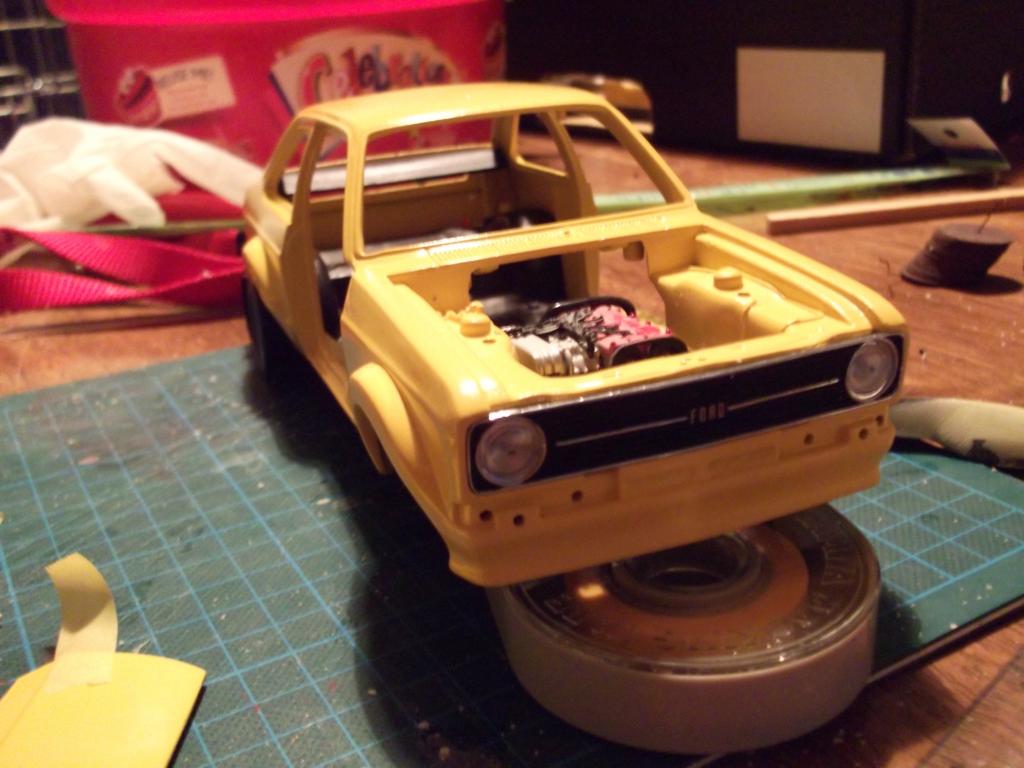 hi brian, best of luck with the build m8!!

mcm motorsport wrote:i was the same brian but got my finger outta my ar5e tonight and built another dmg s14 tonight,gettin my mojo back again!

Dose that mean your building for customers

Made some more progress on this, nearly there now.

Ive put in some more modern seats, and spent an entire day trying to fit these bloody seat belts. Was torture until i got the hang of it. Pretty happy with how they turned out, and really add some realism to the model. Also added some wiring, nothing fancy, and may not be accurate but i dont mind. 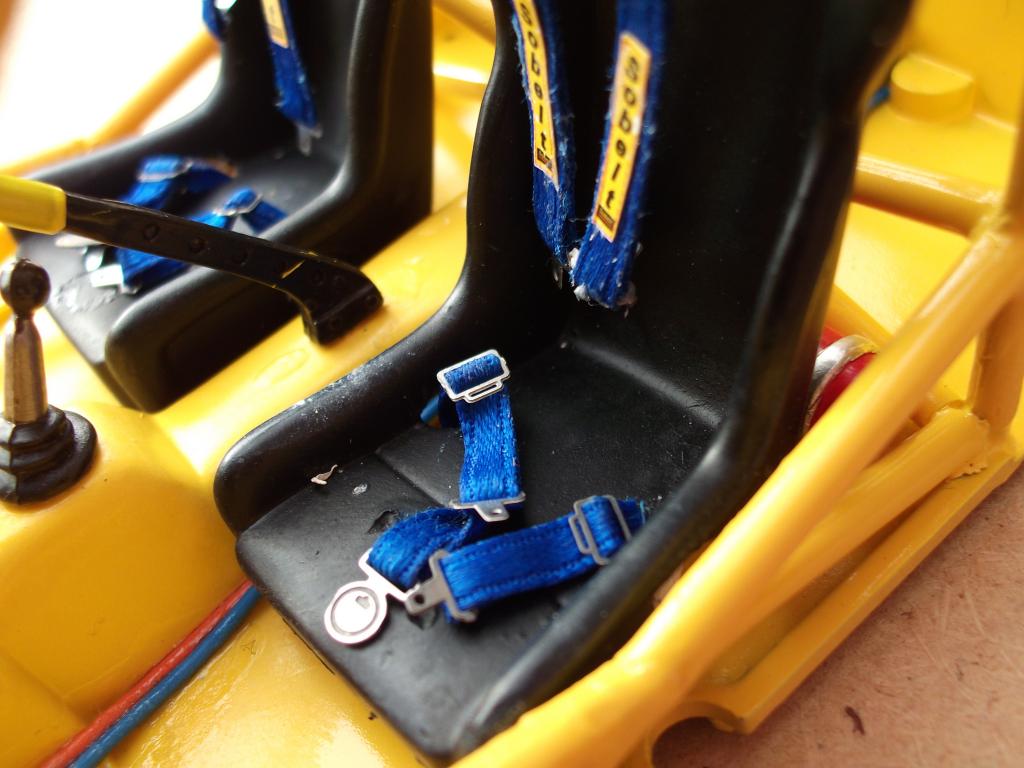 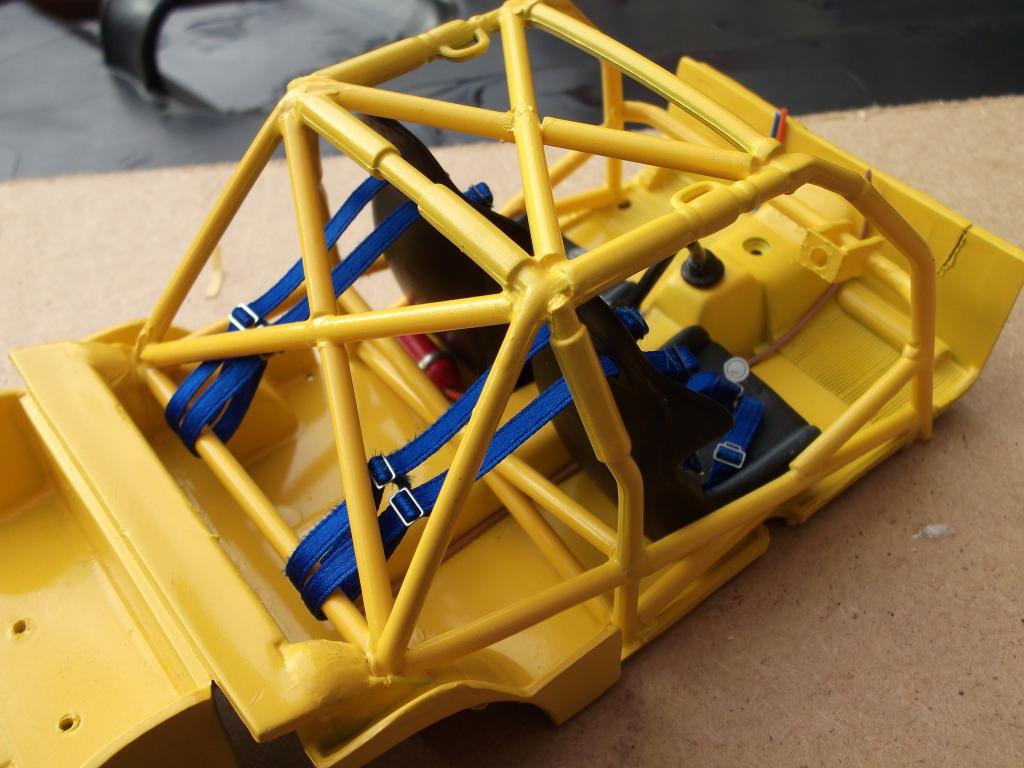 Ive made a roof air intake from some plasticard and extended the stone guard on the side a little. The new converted RHD dash is also in place, but its hard to get a decent picture with this camera, as i left my other one at my parents house when i was up home for the Birr Rally.

Decals are mostly done now. Im doing the car from the carrick mini stages this year (or was it last year, cant remember which. The last one that ran) but all the picture are on that camera so will be another while before its finished. 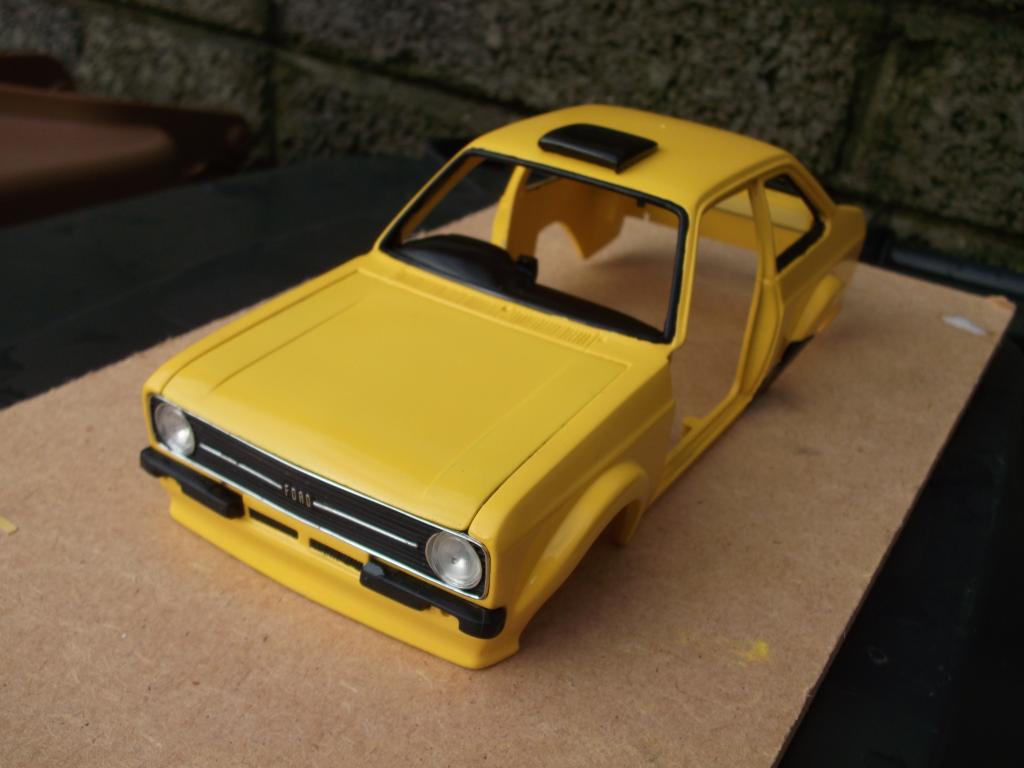 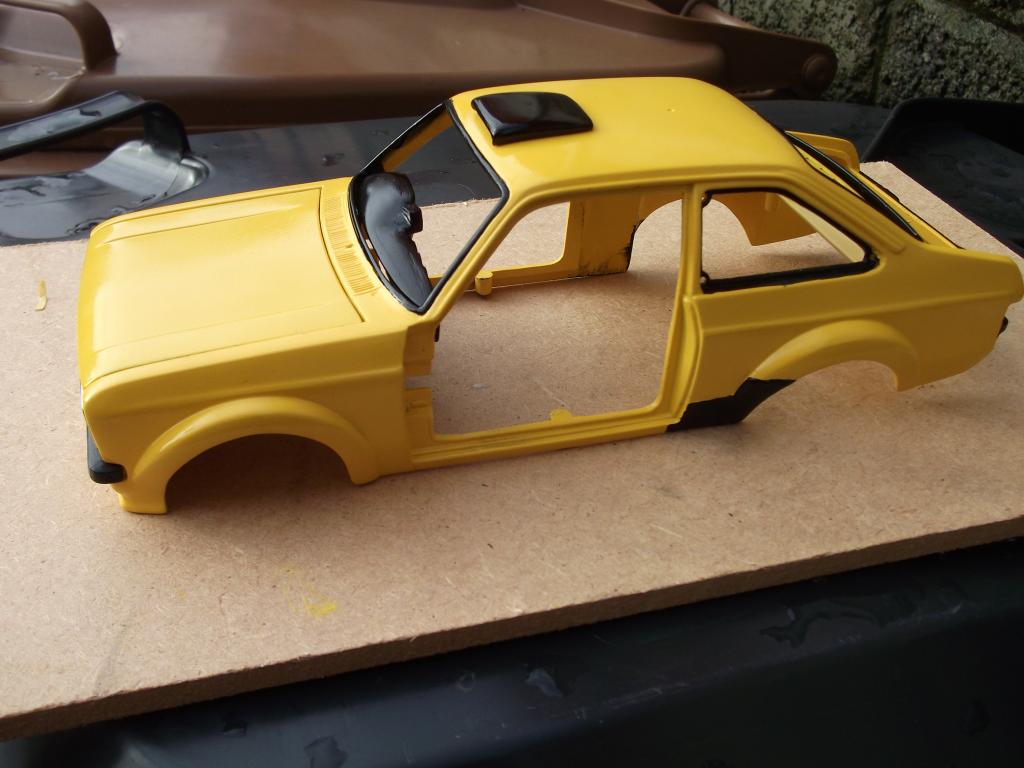 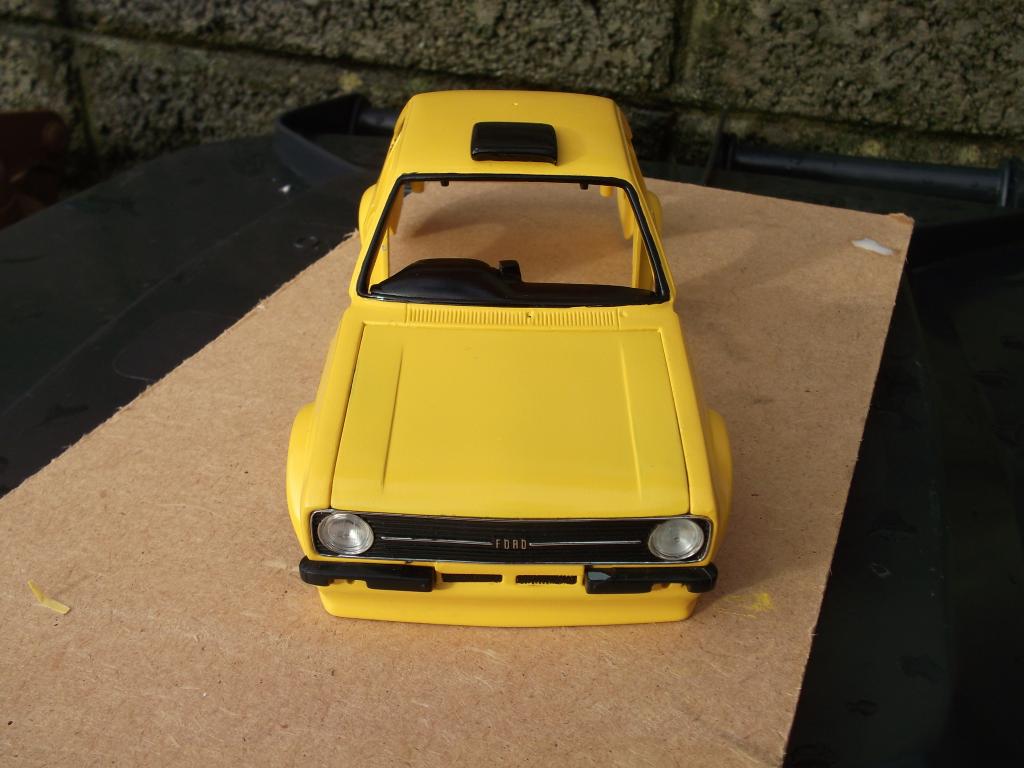 Looks good so far. Nice one!

Thanks guys. Just stuck some white minilites on it and it really brings it together

Looking forward to these too. Wont be done for a few weeks yet, but hope to have them sometime. They could be expensive enough but will be totally worth it
_________________
Always interested in 1/18 Irish Decals/models

Just a quick update on this. Been working on the clear decals. Had hoped to get away without having to use a white underlay, but the blue decals on the side look black so will need to get them printed in white, then put the blue over it again.

Still need a few logos before i can print the white decals, so will have to work away on those. Ive worked on the doors, and replaced the windows to get rid of that pillar in the window like the real car. Still working on a way of putting in a new clear plastic piece that doesnt end up looking glued as it is below 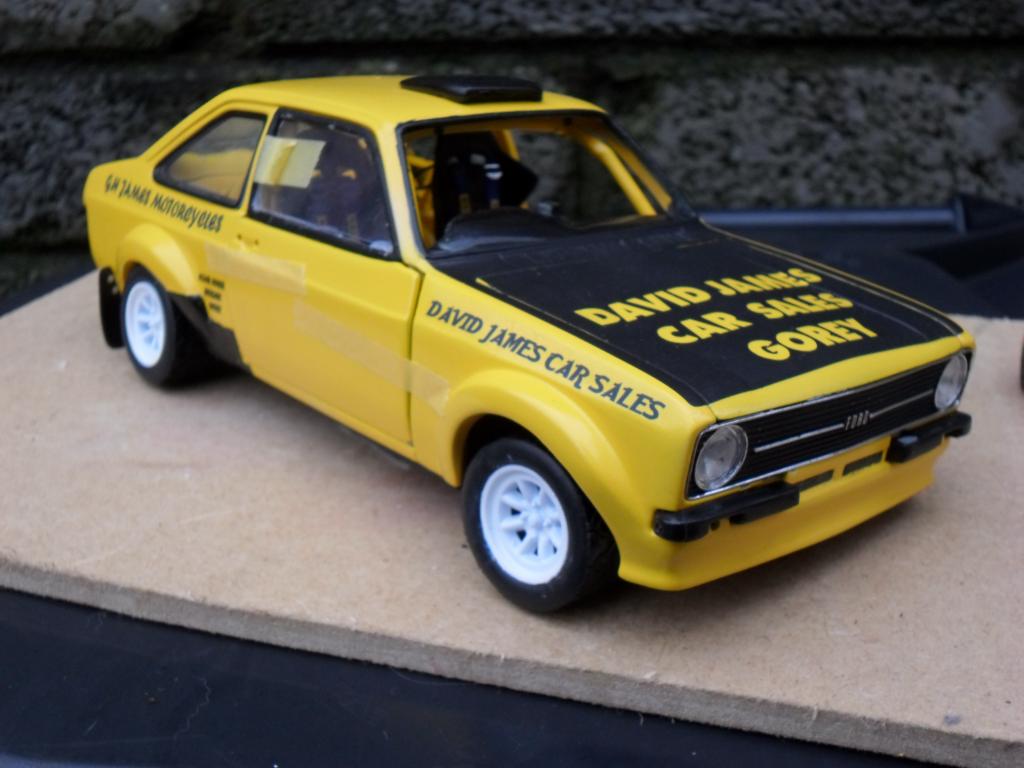 some work going into that brian, well done m8, looking good so far!

Thanks Billy. Not a huge amount of work, just trying out a few new things i havent done before. Im using this a as car to test out new things. Will certainly be a unique car in the collection though when its finished
_________________
Always interested in 1/18 Irish Decals/models

Exl work as ever brian, love to see more 1:18 irish models been done

just after seeing this now.. brian that is awesome. what rally are you doing this from?

Pity the blue decals on the side turned out darker but as you say a white decal underneath will sort it,
Could you try printing them of in a lighter blue then when you fit them they will darken down?

Joe Leslie wrote:just after seeing this now.. brian that is awesome. what rally are you doing this from?

Will be from the Carrick Winter Sprint rally 2012. Is the only event i have pictures from, but its also very local to me so that the event it will be from

Pity the blue decals on the side turned out darker but as you say a white decal underneath will sort it,
Could you try printing them of in a lighter blue then when you fit them they will darken down?
.

They are very blue on the decal sheet, and id be worried about them turning green if they go any lighter. I have a sheet to send to get printed in white anyway for other projects so ill just add these to it
_________________
Always interested in 1/18 Irish Decals/models

Shes almost ready! Just have to get some spare pieces that ive lost since i stripped it over 2 years ago. Need both door handles and an indicator lense. Also waiting on some bits to be printed in white, so this is it for now.

Ive put some new 5 spoke revolutions on it and they really transform the car to look much more like a tarmac spec car. I may print a second set of door plates and double up on them. Some yellow is showing through making it look cream, rather than the white it should be. Ill let it sit for a while first and see how it goes.

The mirror is one i cast myself and have shortened the stem so it sits closer to the car. The original ones from the sunstar model stick out too far for this model. 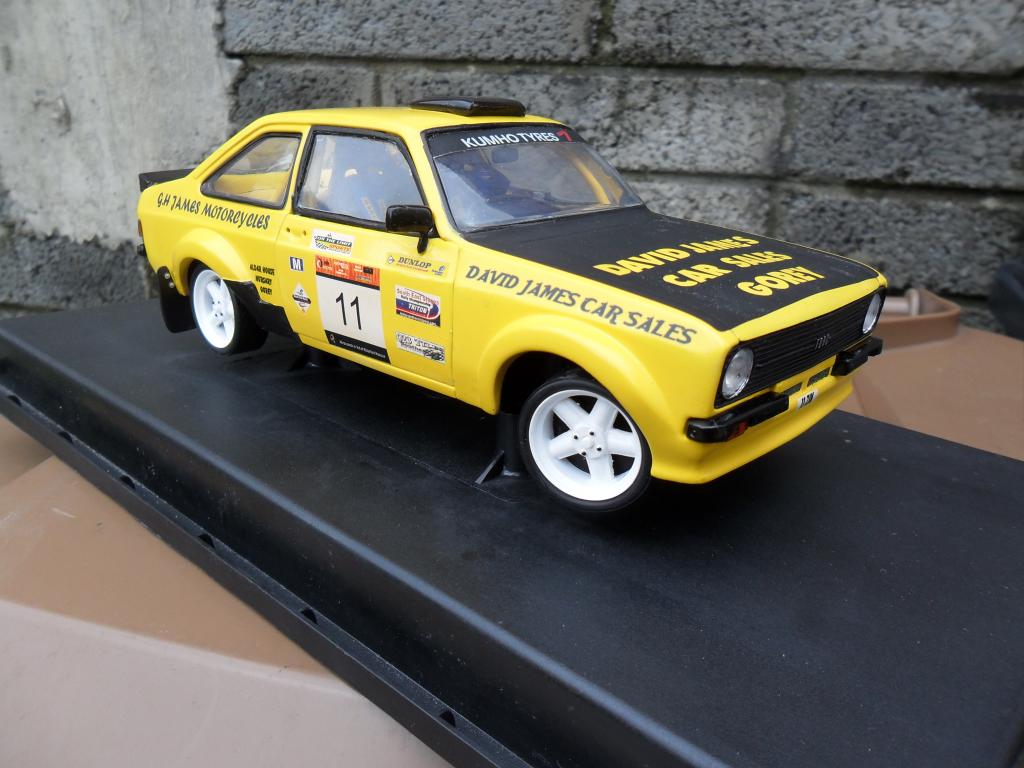 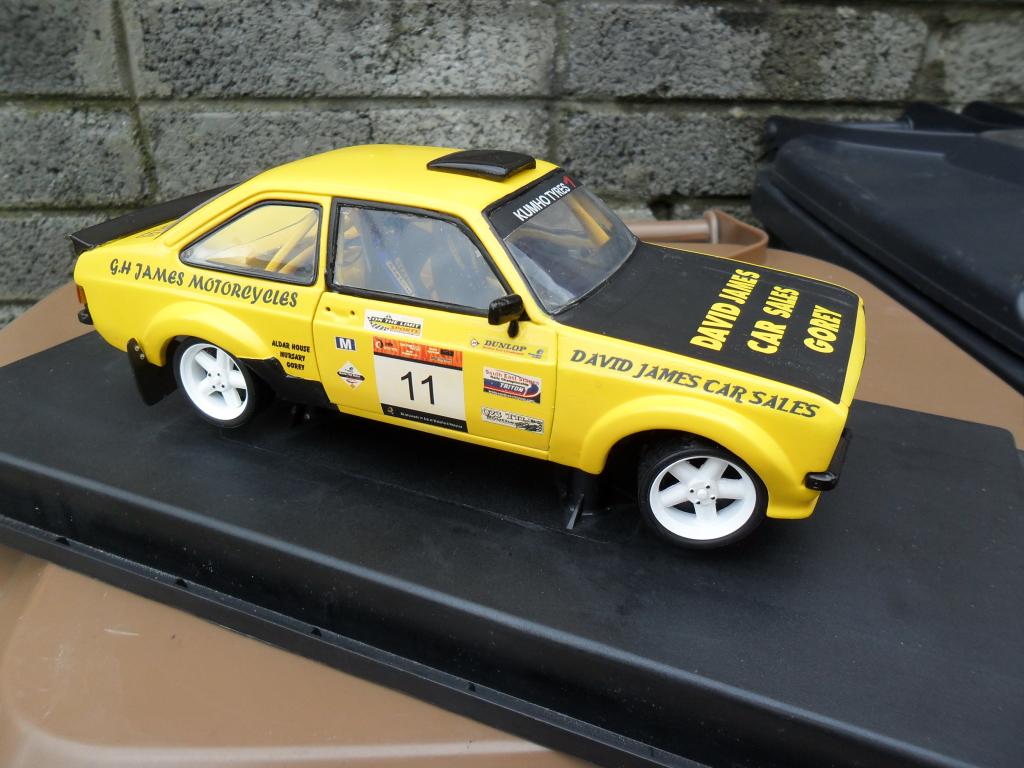 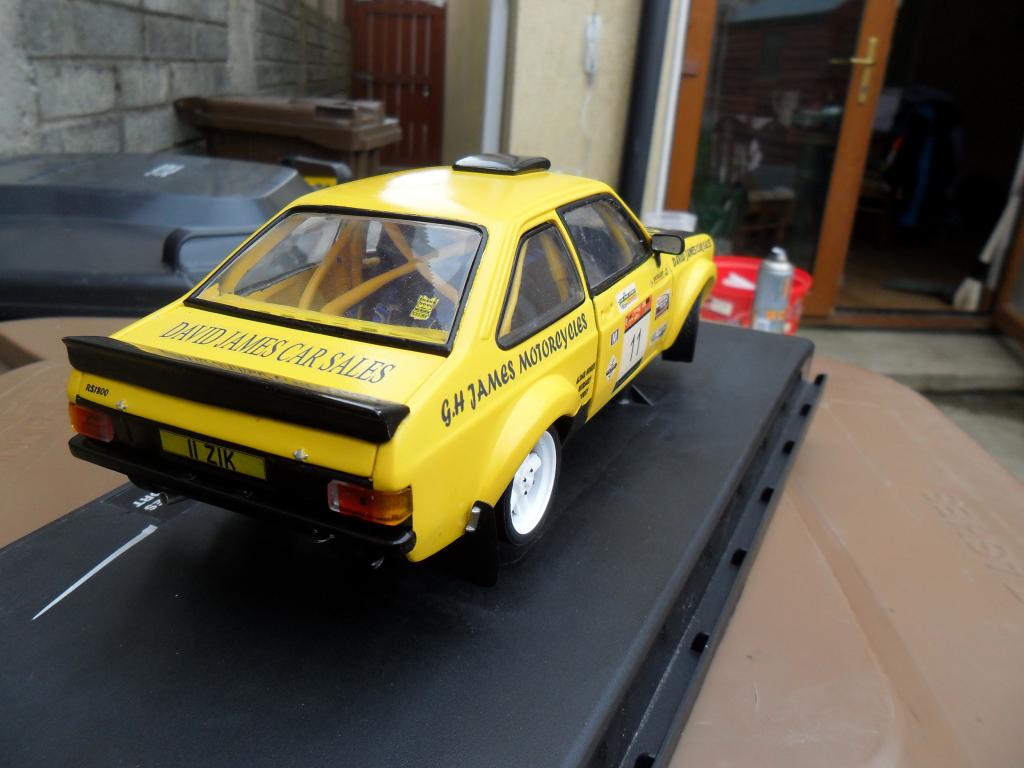 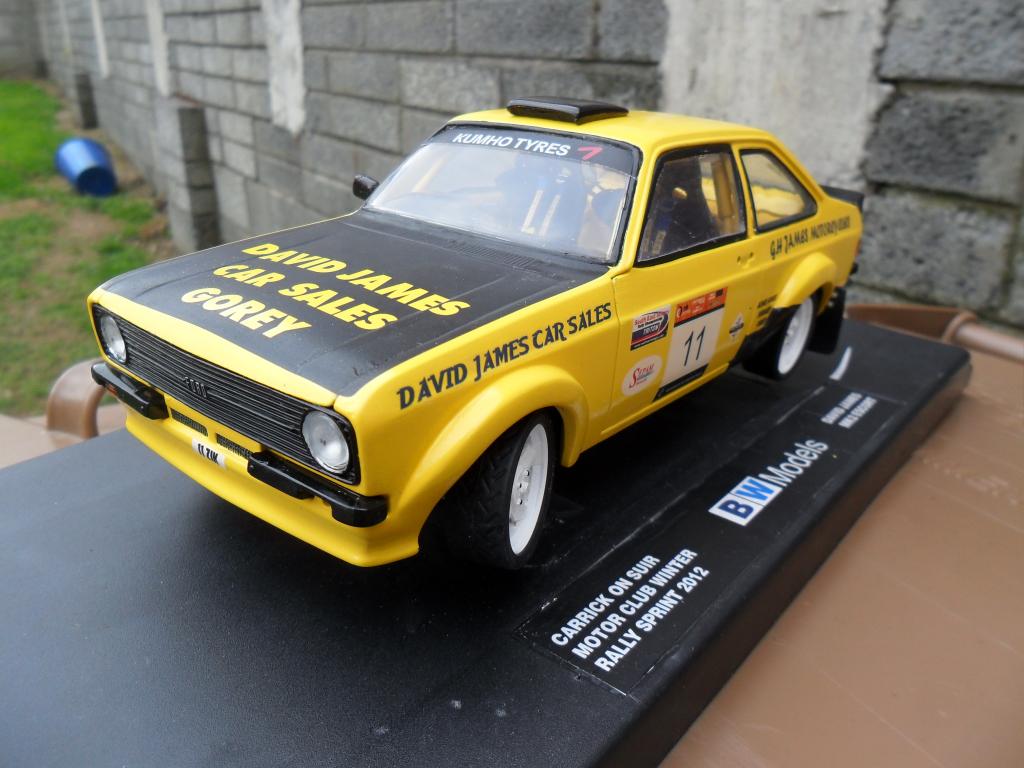 Them 5 spokes set it off and give it a more modern tarmac look,
Think I'll be getting a few sets of these wheels