I think like alot of other, i will believe it when i see it.

newt5550 wrote:I think like alot of other, i will believe it when i see it.

Looking forward to seeing the Evoque

Mmmmmmmm, time will tell I guess!

However, I wonder if yours truly

had any effect on the announcement of these models following my post on the IXO Models Facebook page - which is no doubt run by their in-house marketing department?

On 5 April at 12:07
Can IXO Models please tell me when they are realistically expecting to release the two 1986 Lombard RAC Rally MG Metro 6R4 models please - RAC116 : Tony Teesdale, and RAC182 : Harri Toivonen?
All of us '6R4 nuts' have been waiting more years than I can possibly remember for some new 6R4 models, and surely it cannot be that difficult or time consuming when all of the tooling is already in existence!

Followed by this post after they ONLY 'liked' my above post, but didn't think it necessary to actually answer my concerns!...

Seventeen likes later, including several DRM forum members - many thanks chaps, your support has duly been noted!

- and all of a sudden IXO Models announce that not only will the RAC182 Harri Toivonen 1986 RAC Rally car be released in May 2013, but they also post the following message on their Facebook page, stating...

On 11 April at 06.15
RAC116 - 1986 Lombard RAC Rally MG Metro 6R4
Since many of you respected fans of 6R4's have requested news, this model has been announced already as a Pre-production sample... as you know of course.
As far as we can say, this model is not far from being released. Remember that the main tooling is not the only thing that counts

Along with the following photo of the pre-production Teesdale model which we have seen before... 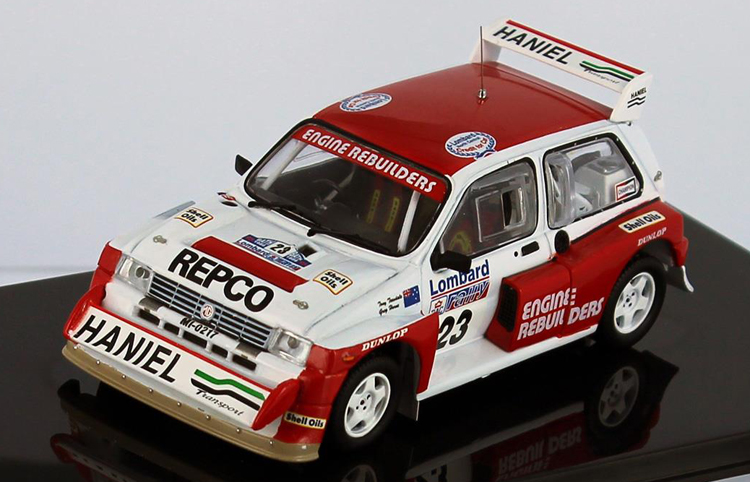 POWER TO THE PEOPLE!

Splendid! Well done David. Power to your mouse, so to speak!

I'm certain there's a direct link between your comments and the response from IXO!

Why else would they specifically comment on the tooling not being the only consideration!?

OK, they're not committing themselves to a particular timescale, but what they have stated is very positive.

As others have commented, seeing IS believing. Sorry I've been unable to 'like' your comments, only I'm still not won over on the Facebook thing.

Nevertheless, I fully and wholeheartedly support and applaud what you've done! Keep it up!