This happened near to the end of the stage. His approach was very fast, into a fast left tucked in. Unfortunately the car stepped out at the back, and it gripped pulled into the outside did a spiral on its nose and landed upside down in the bog. The marshals couldn’t open the doors at first. It took four on each door to get them out. Both Kubica and Baren were Ok, but had to stay in the rescue car until the second run had finished. The car finally pulled out at around 19.00hrs. 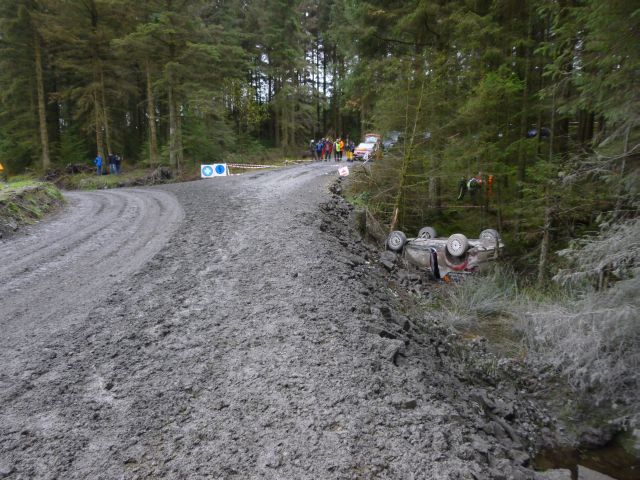 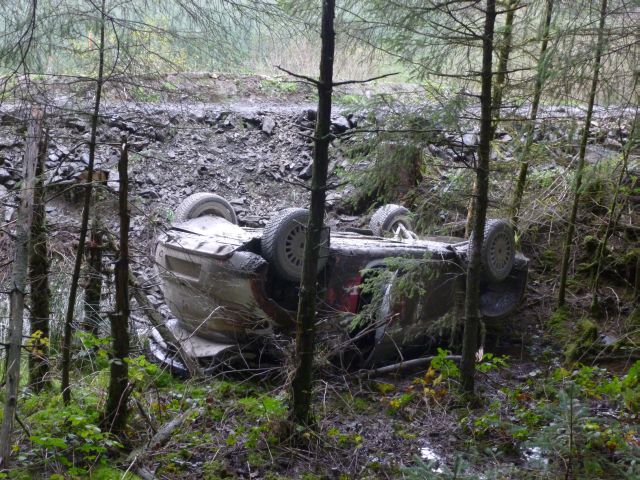 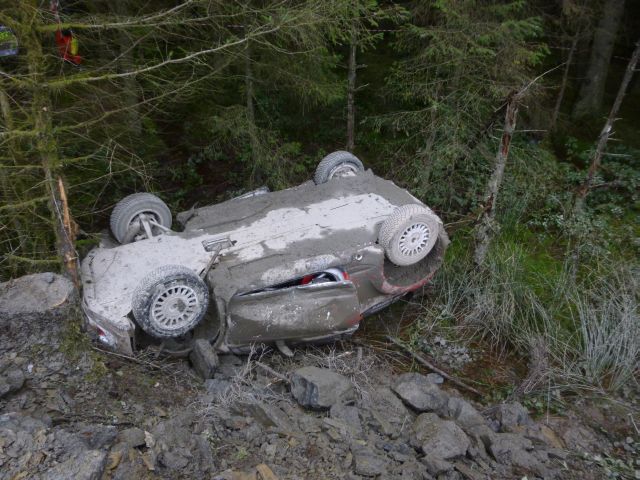 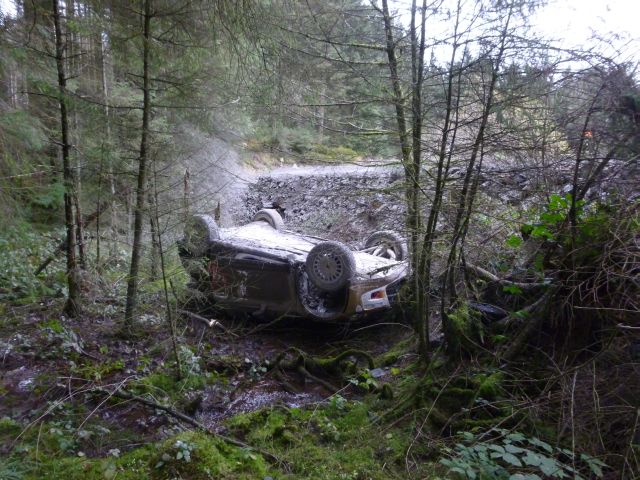 Unbelievably the weather in Wales was very mild for November and Rally GB. Which was fortunate as the timing kit was quite frankly not up to the job. We did two arrivals, two starts and two finishes. The kit only worked properly on one of those starts. All the rest we did manually counting down by hand like the good old days. Good job we knew what to do and we are of course 100% reliable under all conditions!!!

After the 2012 Rally GB THE worst rally we had ever been on this year’s certainly felt a lot better. Where Cardiff had not welcomed Rally GB to its heart mid and north Wales appeared to embrace the event. Lots of local publicity, thousands out on the Thursday evening stages. Apparently the TV coverage was still pretty poor? PS Who won….?