The now annual CF4CF Car Show will take place in its usual venue of Ringaskiddy Ferry Port on the Sunday 31 August....in its third year the show boasts super support possibly due to the worthy cause ie' Build for Life' which is a ward to help people with Cystic Fibrosis In Cork University Hospital......I suggested to the organisers at last years event to have a Model Show and the idea was greeted with great excitement.....so we are at the 11th hour.so I am inviting ALL model collectors to bring a few models to put on display with us............our theme for this show is 'FORDS IN COMPETITION'.......so the theme gives loads of scope .
We can set up the evening before as there is security in the port 24/7...........
So lets hear who is coming????????????????
********** There will be more interesting news in the next few days**********

Sounds like a great show. Unfortunately i wont be able to make it to this one as im away to iceland the following weekend and working right up to it.
_________________
Always interested in 1/18 Irish Decals/models

Only a few days to go

turn the wheel wrote:Only a few days to go

These 6R4 Models will be available at the show
Limited to only 20 and Donie has the first 10 at the show and i have yet to get the second batch done.

A substantial donation will be going to Build4life charity after the sale of models is complete.
It was something i was asked to do so i was delighted to have got the opportunity.

They are home printed decals but the result is just as good as any i think.

I think the price tag is about 80 euro for these at the event. 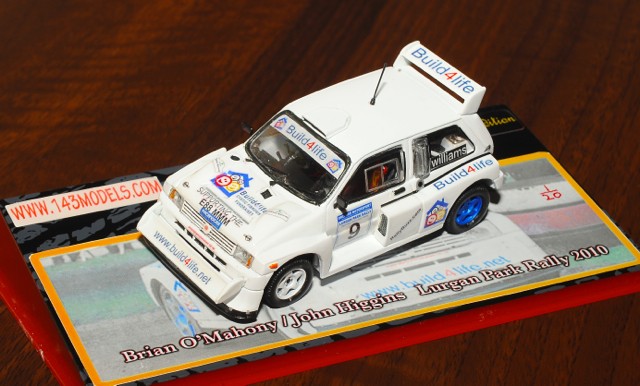 Any chance of getting me one please Noel?

Can you put me down for a 6R4 too, please? Is Paypal best for you?

One for me aswell please, good cause & model

As for the rest Paypal payment is ready to be sent

Sounds excellent - looking forward to the photos and feedback.

That's a great compliment about the car workers coming to the show due to the display. Good for you guys... and them!

Sorry I missed it . Well done. Hope to be there next year.

As Donie said very enjoyable day. Big thanks to Donie, Niall and others.

Firstly no amount of photos could do justice to Donie's vast collection of models but here's my attempt:

..and inside beside the model display - the immaculate Lucey Motorsport RS1600 (Not really a 1600!)

The special Ford of Cork build Cortina VPI 77 (one of only six models ever made)
At caller to the stand was Sammy O'Driscoll who said his father had often mentioned that he was involved in the building of a Rally Cortina for Rosemary Smith for the 1969 World Cup Rally (London-Sydney). The model on display is from the following year then bought by Withers of Winsford for the London-Mexico event. Sammy left and came back later with two more former workers at Ford of Cork who also remembered working on the car.

Some more info on the car here http:////www.lotuscortinainfo.com/?page_id=160

Donie and Sammy with the Cortina:

The 'G3' only completed on Saturday based on a Essex Police 1.1L with Wheels/internals taken from Sunstar MkII. Milliput arches done by eye!!

Many DRM flyers given out:

Some really cool Fiestas and Focuses:

Not Rally but an amazing Jordan Grand Prix collection:

...and finally the Lucey Motorsport workshop and model:

Wahay! Excellent shots there, Sean, to record a memorable day with plenty to reflect on and feel very good about!

Superb display, beautifully presented and some really unusual models there.

Can't wait for my own 6R4 in due course!

Thanks for sharing. Cheers, Steve

Some great models there. Donies collection is immense. Not only is it huge but the quality is there as well. So many excellent models, its like the history of irish model releases.

Any further pics of the RS200?

Very quick off the mark with a tribute display to Bjorn Waldegaard, a true gentleman of rallying.

What a superb collection Donie has - absolutely immense. Well done to all involved

I've only just seen this thread, but if there's any chance that there's one of the Brian O'Mahony Metro 6R4s left for me, then I'd also like one please!...

Just a follow on from Rosemary Smith's Cortina. I stumbled across this photo taken on the 68 London-Sydney Marathon. Might be of some use someone 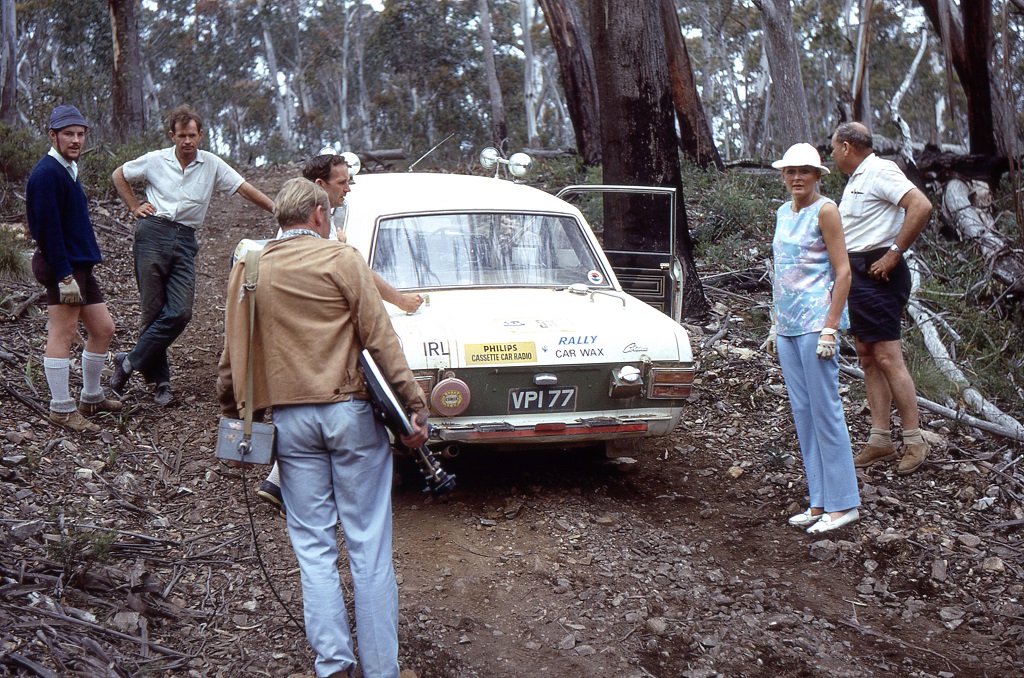 Brilliant find Brian. Class photo. That's some outfit on the guy on the left!

sbuckley wrote:Brilliant find Brian. Class photo. That's some outfit on the guy on the left!

Superb pic's. Absolute stunning collection. Few in there i wouldn't mind having. Pleased you all had a good day and all went well.