JOB is in with a chance of the National title tomorrow with Roy White. Lots of opposition in the form of WRC cars and Declan Boyle too. If they do it, it will be the first time in a long time than a non WRC/Homologated car has taken the overall championship win and it would be an amazing thing to happen so lets hope for something amazing!

Fingers Toes and wires crossed...................that's on Saturday and he is in Clonmel for the forestry rally on Sunday.....I think that is the second last round of the National Forestry Championship..............so more fingers crossed....
It would be great for James to pull off decent results in both championships

Best of luck JOB - it would be a hellavu achievement

It's great to have a top navigator as forum member and in with the chance of both championships.  The Dunlop National Tarmac is down to the wire today in Donegal and two rounds left in the Forestry.

Pics by Ger Leahy (was going to put a pic of James but, in all fairness, this is nicer 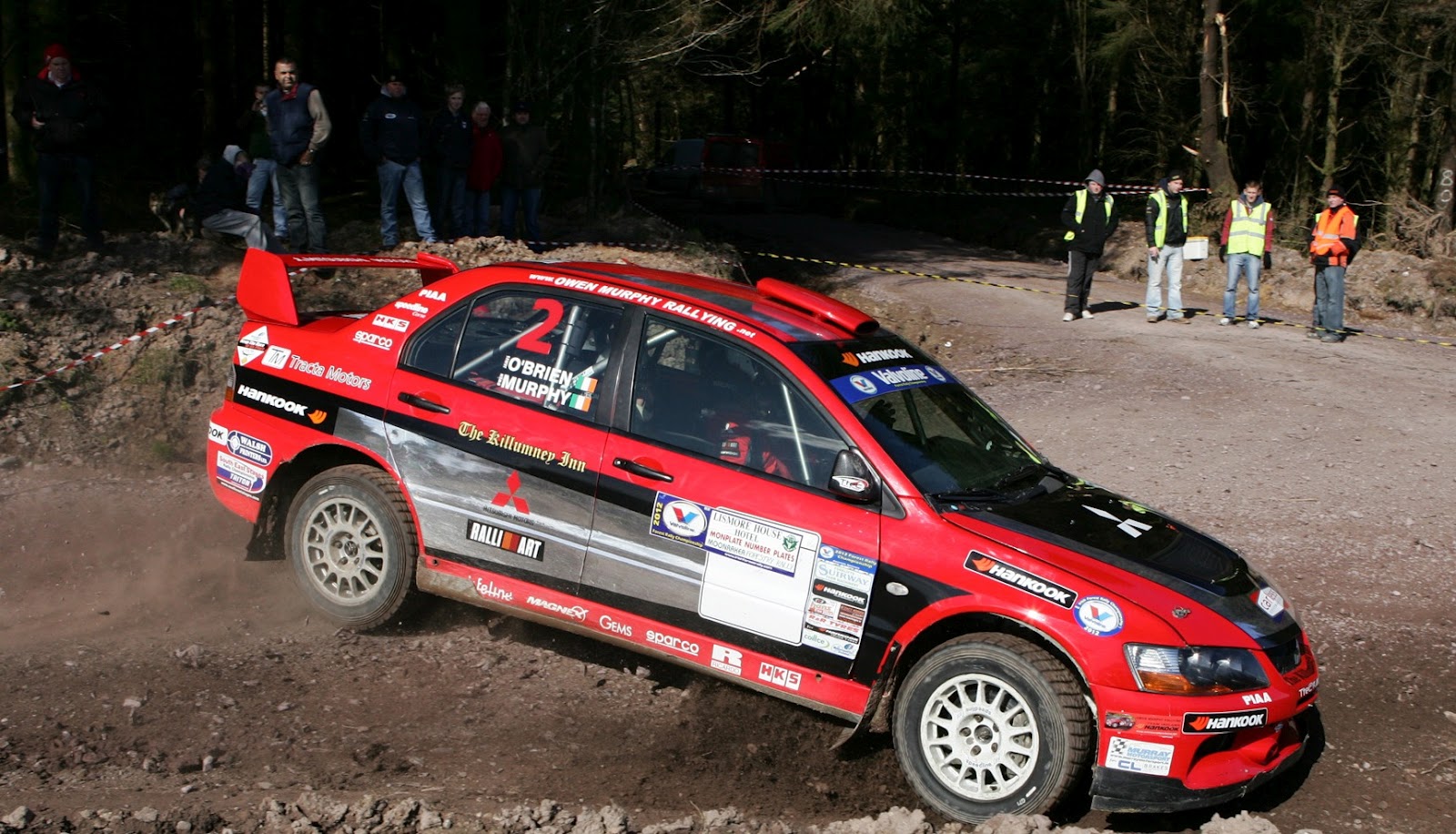 Hope they all do well. Deserve a good result.

James & Roy finished 5th o/a in Donegal which means they are runners up in the championship in the MG. Heartiest congratulations to both.

Forestry today, folks. A rather busy weekend for James

Thanks for the good wishes folk. Busy weekend. Unfortunately my smart phone is much smarter than me so I am only catching up on forum and facebook now that i am back home. Impressive result in the wee Frover. Owen and myself have to finish in the top three in the last round to guarantee ourselves the forestry championships but as we all know there are no guarantees in rallying. Before that Conor and myself are taking the Porsche to Rally Spain where 15 Slowly Sideways cars are doing one loop of the tarmac stages in between the two WRC runs on the Saturday and Sunday so that should be interesting. So that will wind down one of my busiest rallying years ever - 26 rallies.

Well done James and the team.

Good luck in Spain. Hopefully you get a run on the El Priorat stage. It is an awesome stage changing all the time.

There is an Irish bar in Salou, better than most others in town.

Good luck in Spain. Hopefully you get a run on the El Priorat stage. It is an awesome stage changing all the time.

There is an Irish bar in Salou, better than most others in town.

Thanks Chris,
I am the exception to the irish stereotype insofar as I dont drink. However i am hoping to squeeze in a visit to Kitcar43 in Barcelona !! Obsessed or what

Congrats James and to Roy on your runners up place in the National championship. Let hope you get that position you need for the Forestry championship. Good luck.

P.S. is the guy who made the MG S2000 models going to be doing a run of the black livery

newt5550 wrote:Congrats James and to Roy on your runners up place in the National championship. Let hope you get that position you need for the Forestry championship. Good luck.

P.S. is the guy who made the MG S2000 models going to be doing a run of the black livery

I echo Chris' comments regarding the championships and I'm a definite if there's a run of black MG S2000 models in the future.

I am getting the message. OK those who want a black(2014) MG post on here. Likwise those who want a white (2013) MG post on here. Realistically it will be after Christmas before these get done. With postage etc I can't see much change out of €100 per model.
As before no decals, no kits and when they are done they will not be repeated.
Probably the Stonethrowers for 2013  where we were 2nd overall on Roy's home event and probably the Lakes for 2014 where we were 3rd overall and first national home.
To avoid any confusion there have been two previous versions done , the rally Ireland 2007 version and the 2011 Ravens Rock car - both of which were white.
The new ones will have the little air intake on the bonnet which the previous cars didn't have.

One of each please

Count me in too for one of each please.

Will go beautifully with my whitie and the rest of my MG models!!