For those of you not on Facebook, here are some photos of the latest Special Order to leave the CODE343 workbench - a 1986 Circuit of Ireland Rally MG Metro 6R4 triple model set!

Using three IXO Harri Toivonen 1986 RAC Rally LHD base models, and three sets of Oscar Cervero Pinilla (all_1one_euro on eBay) homemade inkjet decals - all of which were supplied to CODE343 - the base models were then stripped back to plain white, converted to RHD, front roll cages removed, engine bay detail painted, interior and inner wheelarches painted Matt Black, mud flaps added and painted, spot lamp pod painted and fitted to one version, and then decals applied to supply the following three models...

As a surprise jesture CODE343 also managed to get the display case of the latter model signed by Harri himself at the recent 2014 Rallyday, Castle Combe - much to the delight of the individual in question, a member of this fine community by the way! 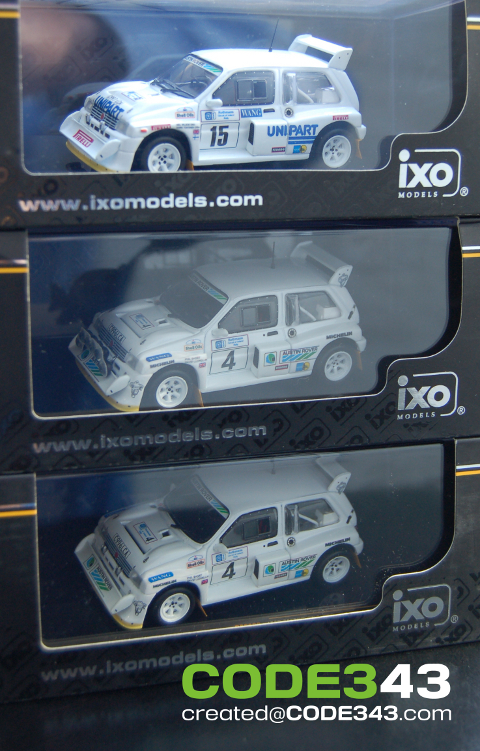 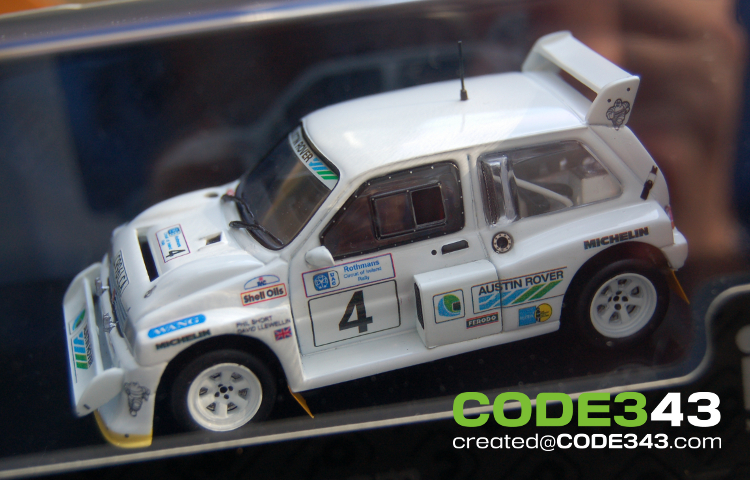 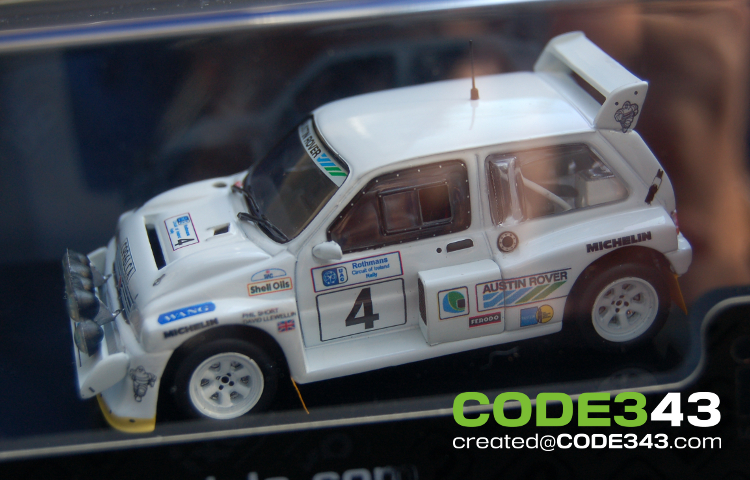 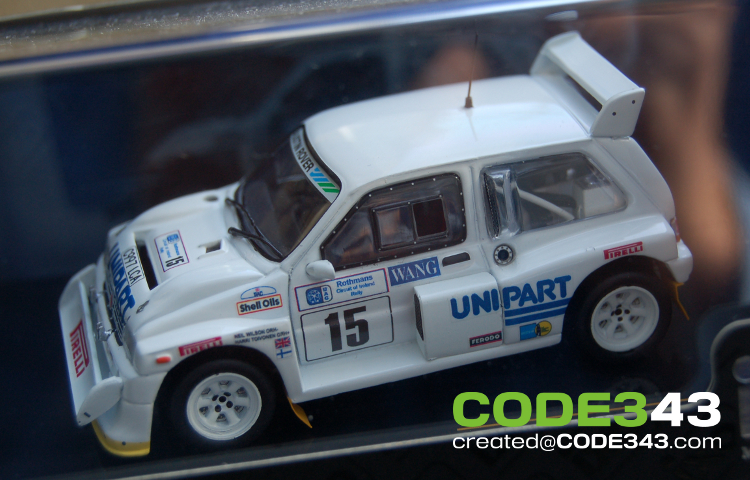 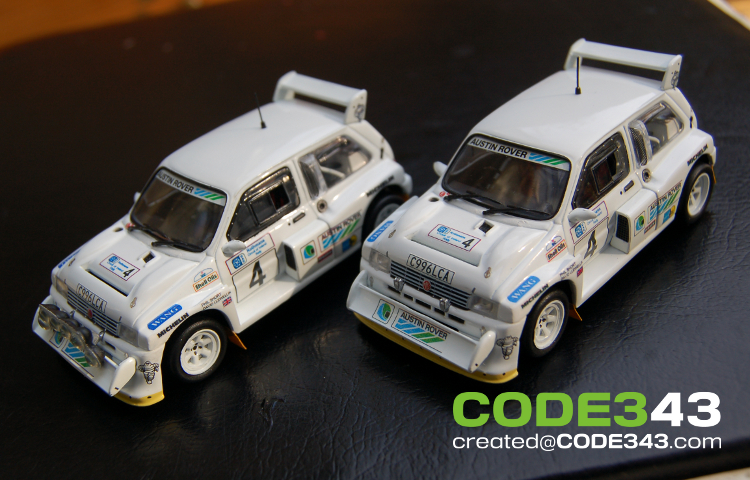 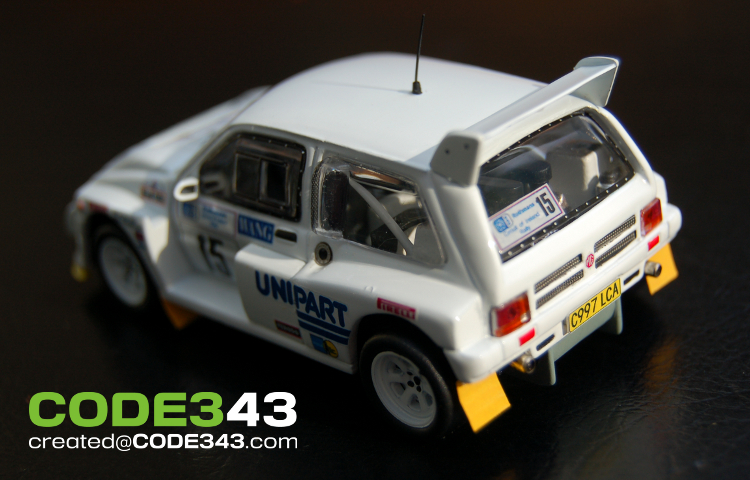 What material do you use for making mudflaps?

Thank you chaps, thank you very much!

It is simply your average 70-80 gsm printer / photocopy paper, Juha.

Cowley wrote:Thank you chaps, thank you very much!

It is simply your average 70-80 gsm printer / photocopy paper, Juha.

I'm thinking about using the carboard backing which is used for Altaya models, to have slightly more thickness.

Thank you Chris and Maurice - I do try!

I reckon that would be far too thick Juha. Just try a 6mm square piece of normal printer paper, and I bet it would surprise you how rigid it is. You can even curve it slightly backwards, which always looks a little more life-like.

You could be right.

Well done on the triple set... and the autograph too. Marvellous!

Lovely builds again. Glad you're back into your model-making again.

Stunning builds DC. And all in a signed display case aswell. Brilliant. Here's to the next

Many thanks chaps, that is very much appreciated!

My modelling 'mojo' has well and truly returned, Steve!

It was only the Toivonen model display case that was signed, Chris.

I could have asked Llewellin to also sign the other two cases at the same time, but as he appears a great deal more at events in the UK than the Finn does, the latter was really my priority that day.

I thought it would be a nice little 'surprise extra' for the individual in question - with compliments of CODE343 - and I was right, he loved it!

Super collection, and must be very satisfying for you! Well done.

Thank you gents, it is very much appreciated!

The only person happier than me with the 'collection' is the individual looking at them in his cabinet as I type this, Mark.

It's always a shame to have to send out models that you'd much prefer to keep for yourself.

Superb, David. They're a mighty set.