What car to put on the trailer????

What car to put on the trailer???? 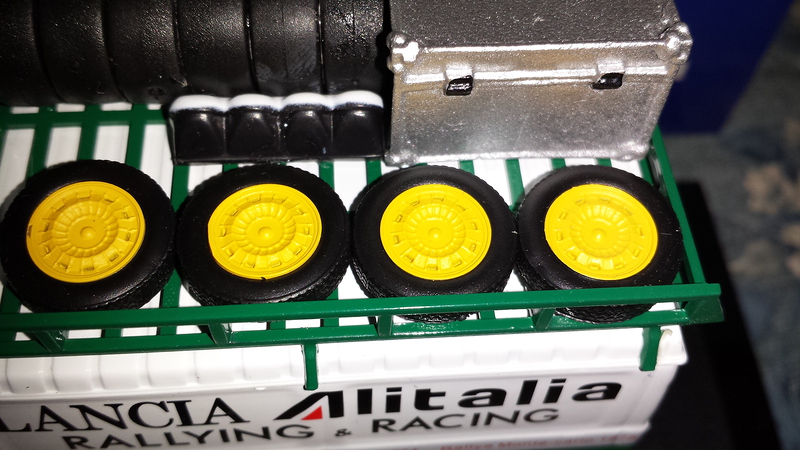 so not the normal coffin alloys that were fitted to the cars. Only Stratos I can find on ebay with rims like those on the rack is this one Id say a Monte Stratos 77-the decals on the van say World champion 1976.

The Stratos in its early days was in Marlboro colours.

Following the text on the side of the van..

For this perid I guess it was the Lancia Beta they were using, that did appear in Alitalia colours.

Check out the book Lancia Stratos 40 anni di successi by Antonio Biasiolli, which lists every Stratos in every livery on every rally!!!

....and as Rory rightly mentions it does say 1976 World Champions on the side of the van so that would put this van into 1977 when the Straos did appear in the Alitalia livery on many rallies.

Did I see somewhere that the van itself is too new for the era discussed ? I have one myself but am not an expert on service vans.

jusali wrote:I'm inclined to agree with the 77 safari Stratos.......

The van has tar and gravel/snow wheels on the rack-no tar in Africa?