The following article comes from the SHMAC club magazine for January

As one Roger Clark model is complete another email arrives asking about another one. This time I thought Stan & Jim must have been on the pop or had a very good pre-Christmas lunch. Apparently they had found a picture in a magazine of a Ford 100E van no 5 at Brands Hatch – the driver was Roger Clark. Apparently they raced this at Brands Hatch and Mallory Park as well as on some night road rallies.

The photo below is from the early 1950s. Those that know Brands Hatch will spot that they are racing clockwise (the first races were run anti - clock) and you can just about make out Bottom Straight and Clearways. 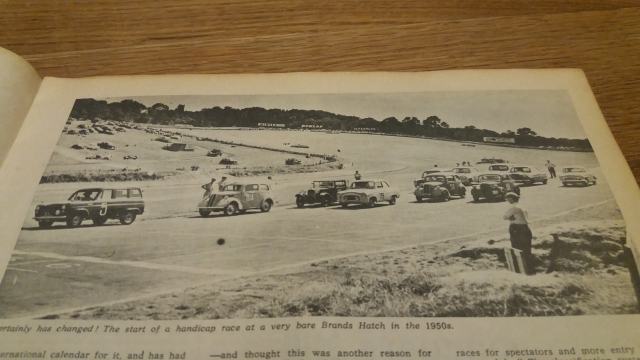 Navigator Jim Porter remembers “I'm sure (?) it was maroon. When it was first raced at Mallory Park no-one was clued up about scrutineering and it failed because of having the standard toughened windscreen. So out came the screen - which ruined the aerodynamics - so off came the back doors. So if the model is to be truly authentic it should have removable screen & rear doors...................and I am not making this up!” We kept it in Brands Hatch spec!!

I was confused when I found that Vanguard made such a thing but called it a 300E. So a quick email to Ford expert Dave Turner for some advice “The saloons from October 1953 with sv engine were 100E until Sept 1959, then the Popular from Sept 59 to June 62 was also 100E The Prefect from Oct 59 to March 61 had an ohv engine and was 107E, all these had the same body either 2 or 4 door.

Even though the Escort and Squire estates used the van body they were still called 100E, so if the vehicle started off as a van, and had windows put in later it is still a 300E! Confused…?”

Well I was still none the wiser….. So three Vanguard 300E vans were purchased and dismantled and after an hour or two in the garage with the drill and a file I had the windows cut into the back panels. Fortunately the window area does have the glazing behind the panels and there is a floor to the van at the back. So after a respray in maroon, add one spot light and a couple of badges it was job done. Chris 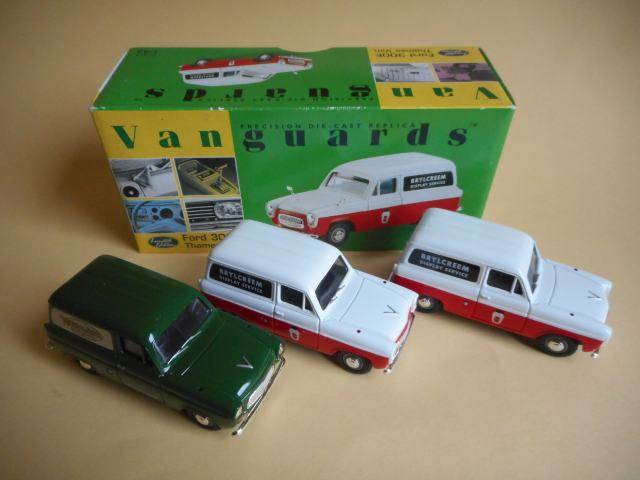 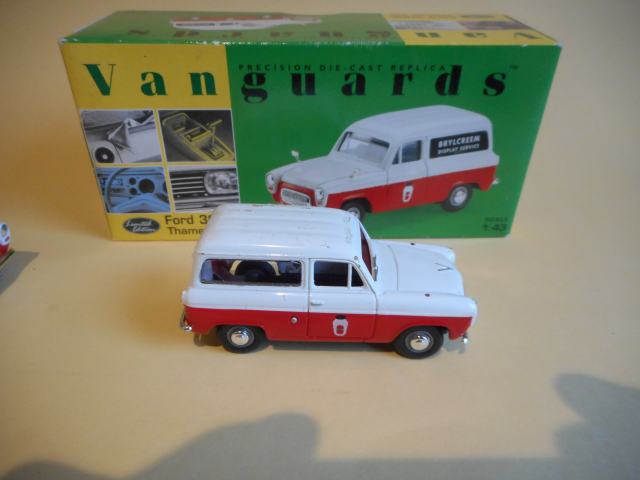 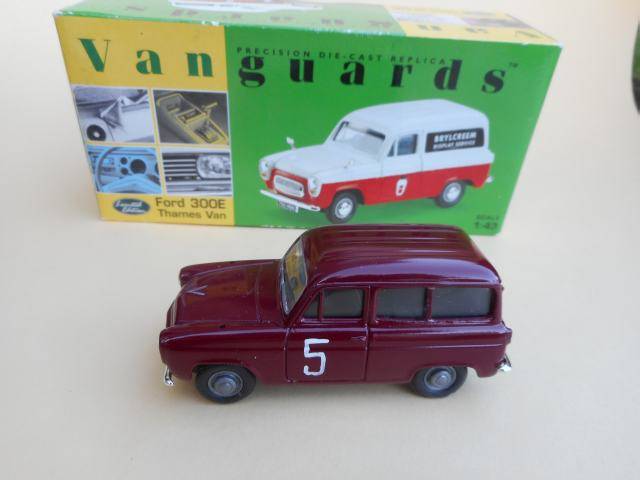 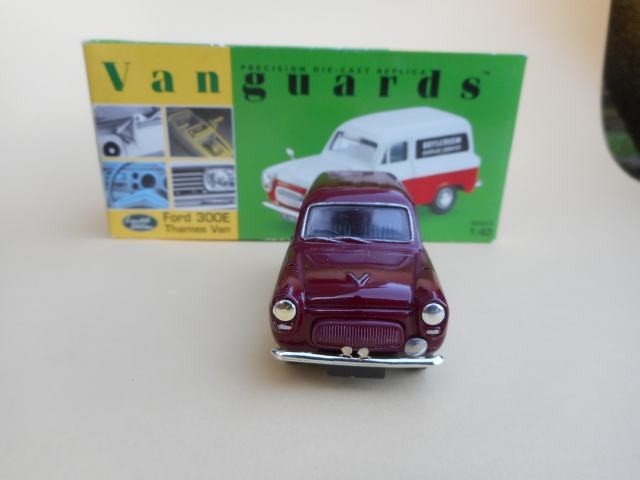 Whats next...a Triumph TR2 thats red at the front and white at the back!!

That's cool never would have thought they raced one

Excellent - won't be many of those knocking about!

Not been on the Forum for a few weeks so hadn't seen this thread and the pics before.

Nice going, Chris. You have a lovely model there. A very interesting addition. Man congratulations.

Thats one for me to make - where did the info come from?

All the info came from Jim P and Stan C.

I have also done a lime green for Jim from the 1959 Morecambe Rally.