I bought this presentation box primarily for the figures. However I was taken aback at the level of damage. What I find amazing is that the box and figures are in perfect order, the paintwork on the models is perfect, even the aerials on the models are perfect. Looks like a failure of the cast on both. Any one ever see the likes of this before ? 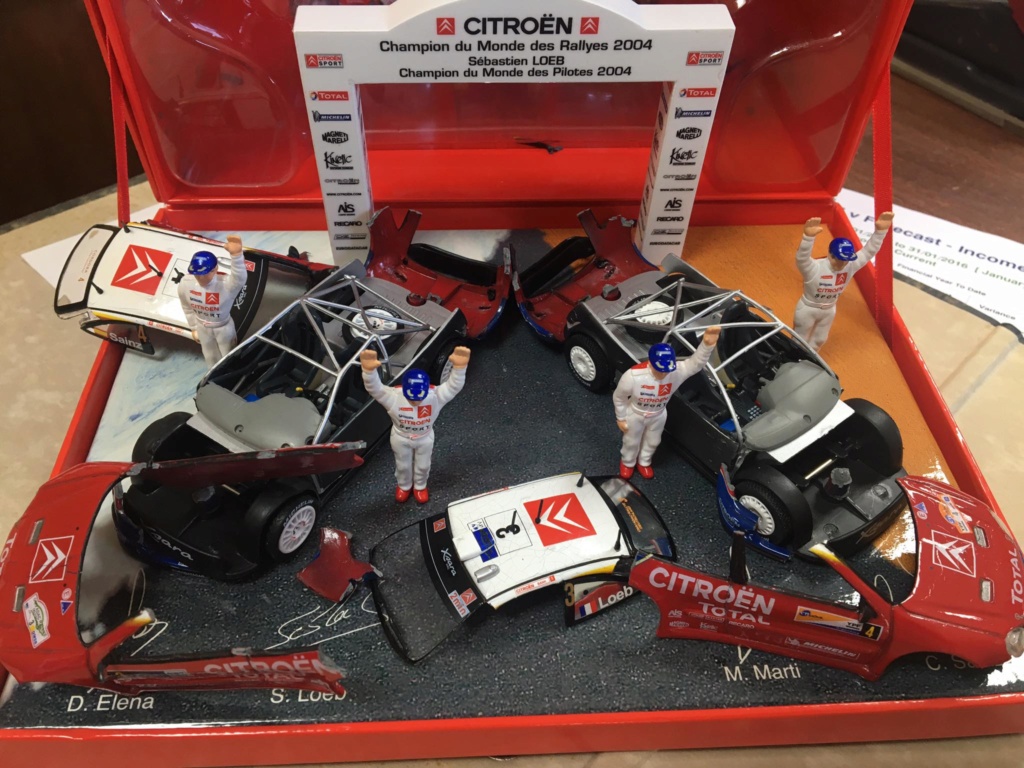 That's insane. never ever seen that. Can't understand it.

This is how it was posted on ebay - some small damage in the front but when I took the plastic moulding off the models and figures the two cars practically fell apart. I thought there may have been a faulty batch of product which I had not heard about. 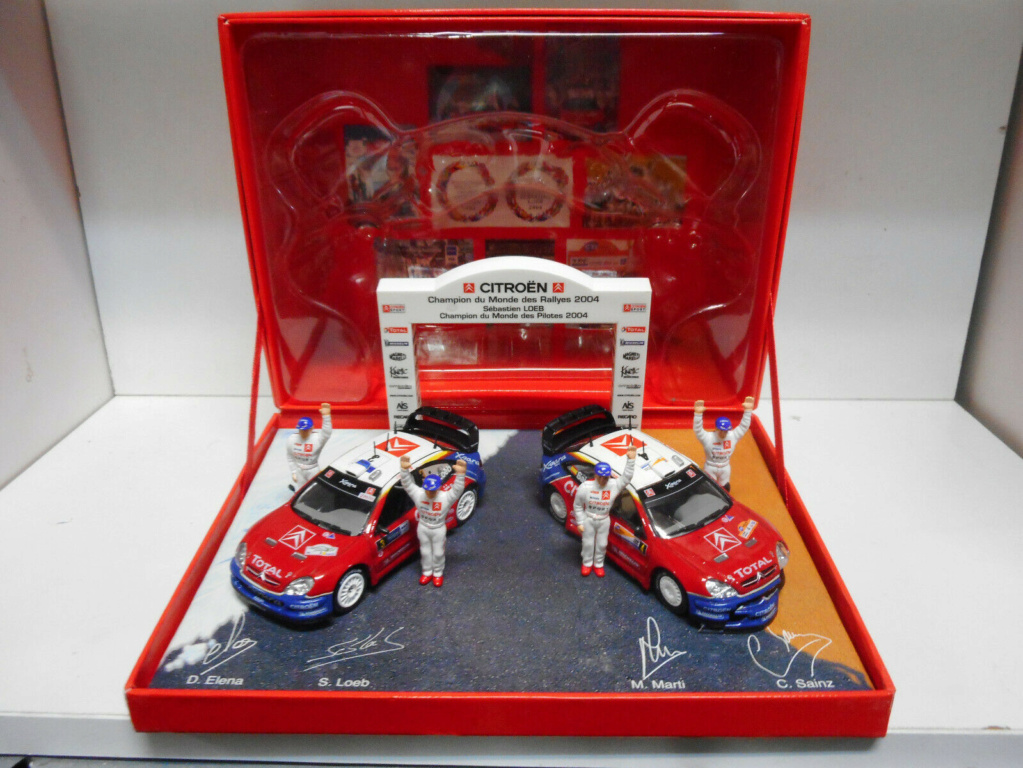 Which country did it come from James? It’s almost as if it been frozen
and shattered on impact

I have that set and all I can say is

Never seen that before and the moulding looked fine on mine before I packed them away for our move. Once we're in the new place I'll pull it out and let you know James

Came out of Spain - a big ebayer called bcnstockcars whom I have dealt with many times before and probably will again. Big outfit with, currently, 5,558 items up on ebay.  They are advertising them as liquidation stock.

I bought one a few years back and there was one mirror missing - not an issue with this one as this is definitely a scrapper !!!

Had similar with a Norev 206 WRC set. The base was incredibly thin plastic and the seller obviously over tightened the holding screw. Like a kit of parts when arrived. Ixo Focus WRC 01 roofs have a habit of detaching from the rest of the moulding too.

Must be a norev thing then Sam. Since that is a Norev set

Possible damaged by scanning/x-ray machines at the post office.

Thats rough. Cant believe the damage when everything else is intact. Considering the blister plastic over the top, it must be a bad batch as it doesnt look like it was crushed. Both have broken in similar places too
_________________
Always interested in 1/18 Irish Decals/models

Definitely metal fatigue caused by a poor batch of metal / mazak mix to make the diecast body in the first place.

You can see the crazing clearly across the bonnet of the red Citroen.

Sadly, there is not a lot you can do about it now, it was in there right from the day it was made.

Its nothing to do with X ray scanners, over tightening of screw, but not helped by how it was stored in a warehouse (damp/cold/hot changing conditions) wont have helped

Over the years I have had a couple of Norev Peugeot bodies that fell in half.

Personally I have not seen metal fatigue on models for years, but you often saw it on models made in the eastern block. I know Norev are French but it might be where they actually make their models. It might be cheap to make them there but thats also what you get at the end - a cheap model!!