I was there too!

I couldn't get to access your pictures at work but at home, no problem at all!

Thanks for making them available, Justin. You clearly got to see a lot more than I did on the day!

In fact, I didn't see a single RS200 the whole day, but clearly there was at least one present!

I guess that being based in the epicentre of all things MG Metro 6R4, that wasn't too much of a surprise!

Thanks again... and I hope you get to access them alright, Rory. Keep trying.....

Glad you all had an amazing time - I went many years ago and its a great day out - the sights and the sounds.

Steve - some cracking builds you've kept to yourself in that 6r4 display!

Why, I thank you!

I don't know that anyone else has such a large collection of rallycross 6R4s, though I'm perfectly happy if someone has more - it's not a race!!

I've concentrated on cars I particularly like the look of or that I watched when I was following rallycross in the mid to late 80s and early 90s, before I got married and priorities changed.

The 6R4 always has been my favourite competition car by far.

However, I'm currently building a rallycross model that's not a 6R4! Shock horror, it's not even an Austin, Morris, Triumph, Rover or MG! Keep it quiet, but it has a blue oval on the grille

In the next few days, I'll be building Alistair Sutherland's 1986 British Rally Championship winning 6R4 using a set of Vitor's decals. Having met Alistair on the day and found him to be a very approachable, lovely chap and read his book cover to cover this week, I'm keen to get his car in my display.

Hampton Caught wrote:The 6R4 always has been my favourite competition car by far.

However, I'm currently building a rallycross model that's not a 6R4!  Shock horror, it's not even an Austin, Morris, Triumph, Rover or MG!  Keep it quiet,  but it has a blue oval on the grille

Your only chance of a decent comeback on this is by telling us that you're building Fernando Capdevila's Ford-badged 6R4.

Juha, get ready for a less than good comeback!

I'm making Ray Morgan's BDA-powered RWD Ford Escort Mk3 which he is still campaigning in the Ripla Retro Rallycross Challenge, having used the car for well over 20 years!

Don't let anyone else know, though. I have a reputation to keep!

Straight after Rally Day I was away on holiday and I have only just got back to sort out some photos.

First it was great to see a lot of DRM members. Brilliant to put names to faces. Selling wise I did OK better than last year and I actually sold four of my own CD Models – Hurrah!!! Sadly not too many DRM flyers were taken.

Well done to Nicky for the real 6R4 Tribute display and to Steve for the model 6R4 display.

Below some photos of cars not pictured previously in this thread. 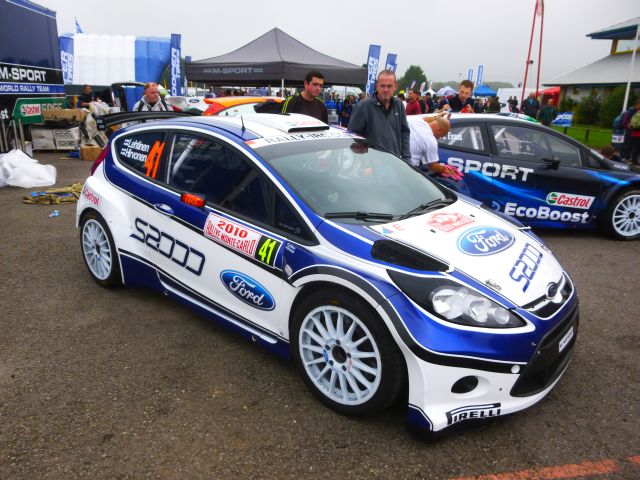 The RS1700T now in its current form looked good 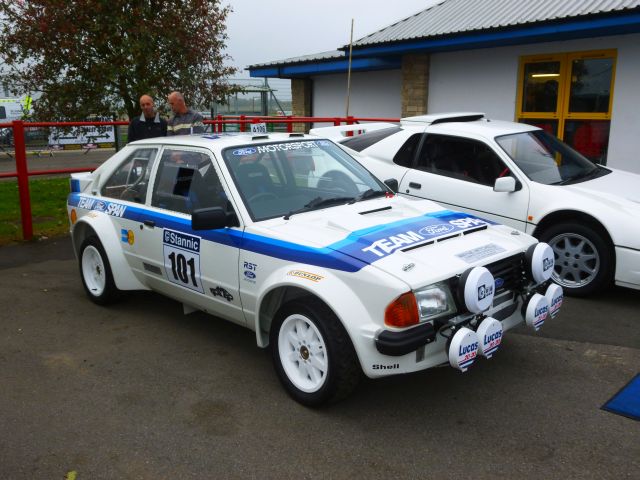 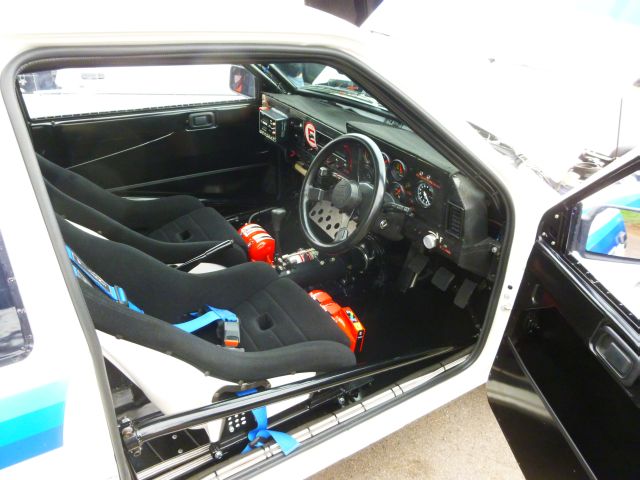 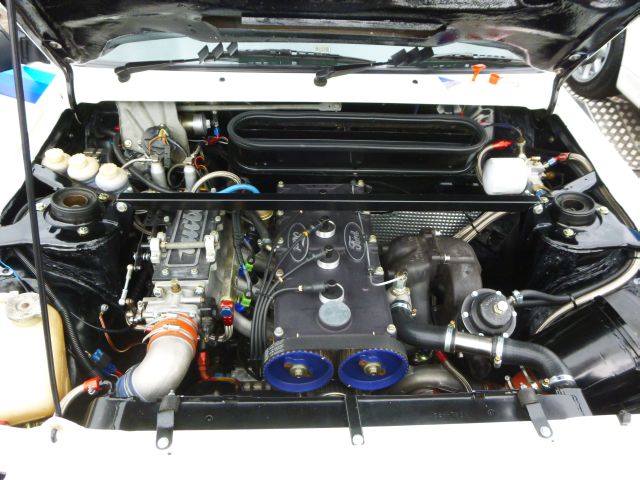 A barn find Works Mini…really I had to ask Bill Price (ex BMC Comp manager) about this one….
GRX309D - this is the original body shell which came down the line and was then registered with that number. I has been at the back of a barn for 25 years – the owner knew all about it but had no time to do it up. Tony Arnold built a GRX 309D a few years ago with log book as 1966 RAC Rally Graham Hill car (CD - I remember building a model of this car on a Tamiya base for Tony a few years ago). We also built a race car for 4hr race at Sebring which was temporarily exported using a GRX30D reg no - this car never returned to UK. So that could be three cars on the same number plate? Oh what fun… 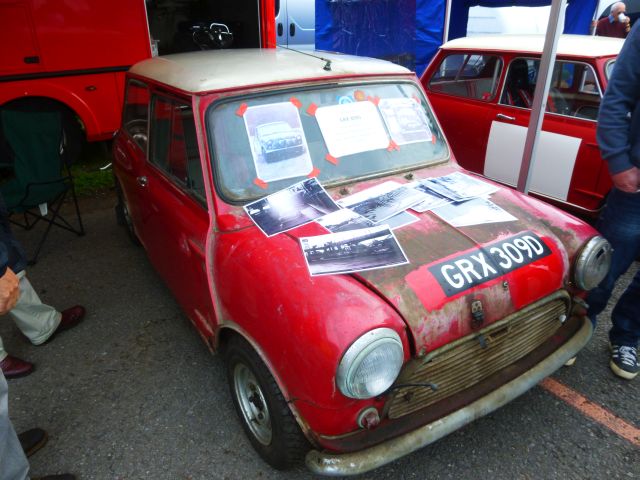 A 1964 ex works Ford Falcon from the Swedish Rally Bo Lungfeldt and Fergus Sager (Neo do the Monte version). The Americans came over to win the Monte with as fleet of these cars and got blown away by an Irish man in a red and white buzz box. Facinating car, lots of history check it out on Google. 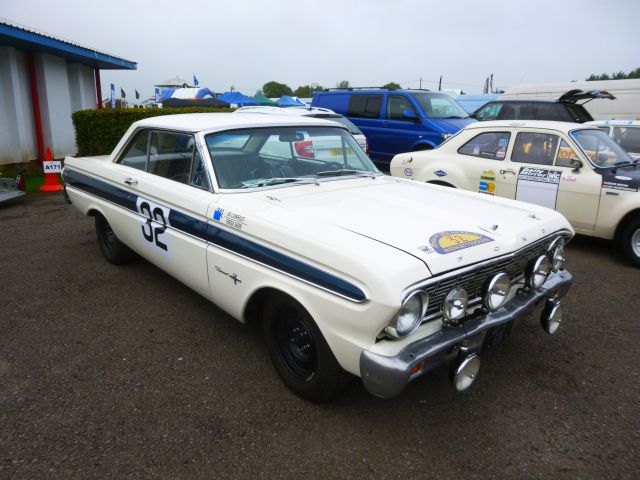 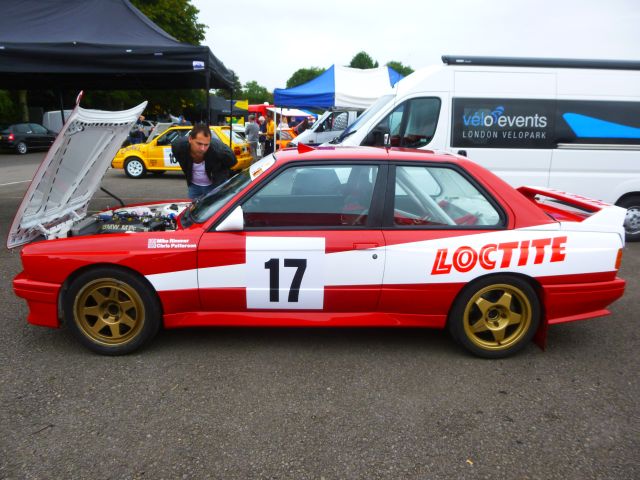 Thanks for posting, Chris.

Great photos and I agree the Mini story is very interesting, but of course it's not unique. There is the similar story regards Lawrence Gibson's 6R4! All boils down to there being little control in 'the old days' to link a chassis number with a registration number, meaning a car could be off the road/ scrapped and the registration passed to another car.... then the first car 'rematerialise'!

Hope the hols were relaxing and a big well done for selling some of your own handiwork.