Ok gents, no idea whatsoever if this will be of any interest, but i have a couple of rally books that I've read sitting gathering dust. I came across them the other day and wondered whether they might be of interest to anyone.

So....... on the proviso that people don't trash them/let their dogs eat them, and they cover the postage cost (at cost, not looking to make a turn), i'm happy for these to go out on loan. All i'd ask is that if there is any interest, you notify this thread when you are finished reading and let someone take them off you on the same terms. In the massively unlikely event i need to recall them (can't think why I would), i'd pay the return postage costs.

So, the first one needs no explanation, its the Colin Mcrae autobiography. The second one does maybe need an intro. Eric Jackson was British Rally Champion in 1964, but his rally career from the late 50's through to the early 70's included a number of the marathon rallies during the 60s - London to Cape Town, London to Sydney etc. He also went round the world in a Corsair in 43 days. Shakespere it is not, but tales of cannibals and being saved by nuns, and the number of near death experiences does shine a completely different light on how tame (not looking to start an argument!) todays rallying is compared to those halcyon days.

So, on a first come first served basis (and expressions of interest to join the queue thereafter), let me know. Oh, and they don't have to come as a pair. 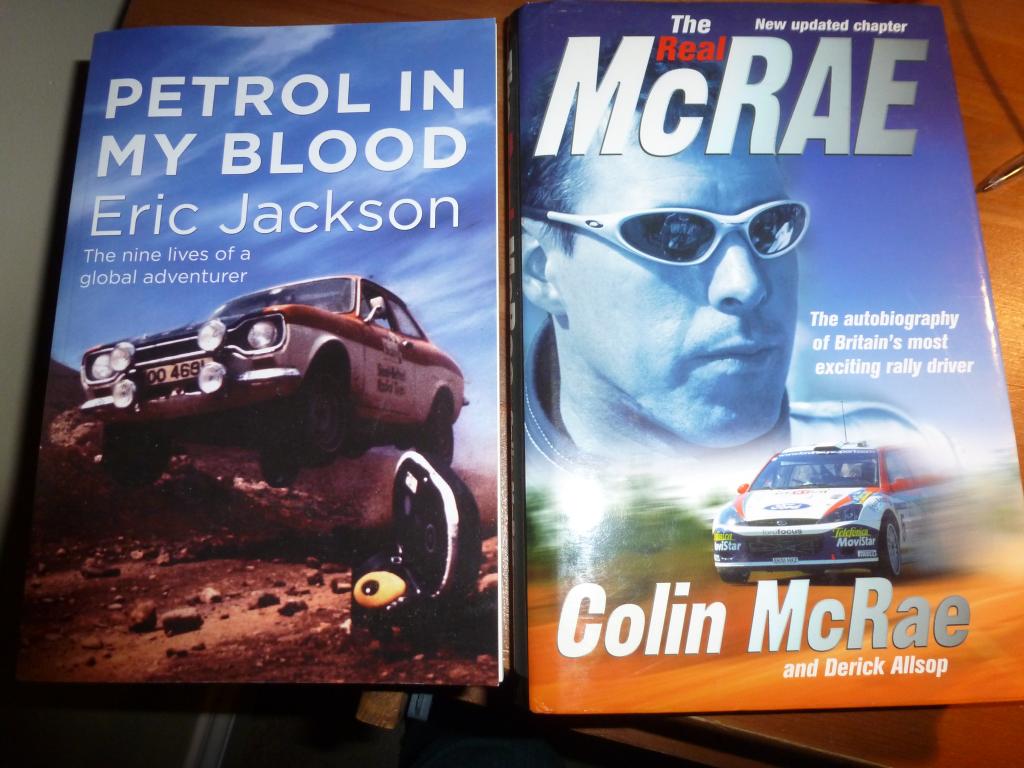 Fair play to you paul. Its a great idea and hope it works out.

I dont have the patience to sit down and read a book but im sure someone will take up your offer. The Eric Jackson book sounds like some adventure
_________________
Always interested in 1/18 Irish Decals/models

With the summer months fast approaching and holidays being booked up, I thought i'd give this a bump to see if anyone wants any holiday reading material?