Those who were at the show in Cork a few weeks back would have seen this on display. It wasnt finished then, and is still not finished now but what Im waiting on has been in the works for over a year so I post it in works in progress for now.

Bought the pictures for this of Roy Dempster around this time last year and drew up the artwork over the following weeks. Got them printed and had them in the decal folder for months before I finally got round to building it. I wanted something new for the show so nothing like a deadline to get me going. It still smelled of lacquer taking it out of the box on the Saturday night in Cork.

The plan for these was to build around 20, with the option for lampod or no lampod. That plan went out the window when taking the model apart as the rear window is a pain to take out. From the 2 models I had, one broke completely and the other cracked a little. So 2 new rear windows are needed. I cant take the financial risk of buying several of these only to break the rear windows that Im finding impossible to get spares of. So this is a one off for now.

What Im also waiting on is the tarmac wheels to be cast. Ive sent off some of the wheels to be cast, the 2 remaining are on this model now, (other side still gravel wheels. So ill still be working on this until those issues are sorted. 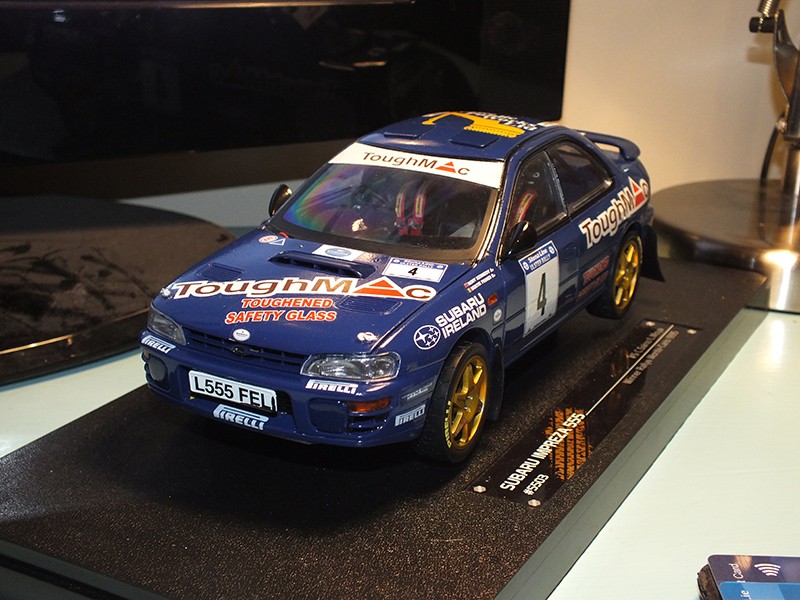 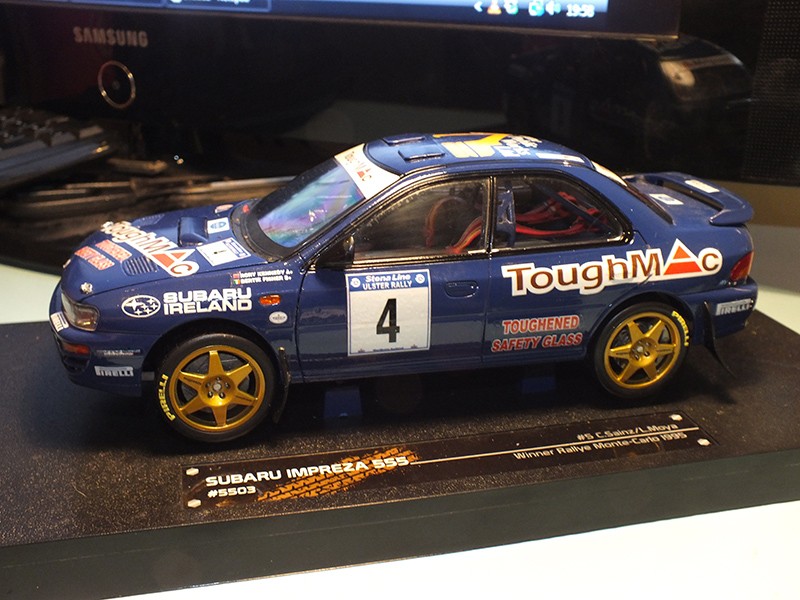 That's one lovely build Brian! well done.
and maybe you mask tape the rear window instead of removing? It's just for clear coat, no? not painting the model?

by the way, once your wheel casting is ready I may have some sets of you

Cheers Billy. Its difficult to tell how these darker models will look until the decals are on. With the white models, I have a good idea what they will look like as I would have decaled them up using my own printed decals to check for sizes etc. So i see it in the colours. The darker models are all printed black when checking for sizes so its only until you have the proper decals back that you see the car for the first time.

omer yetis wrote:That's one lovely build Brian! well done.
and maybe you mask tape the rear window instead of removing? It's just for clear coat, no? not painting the model?

by the way, once your wheel casting is ready I may have some sets of you

Looks really good Brian, although I'm surprised you damaged the windows - they are meant to be toughened safety glass?

It took a lot of work to get it to where it is. What was right hand drive conversion like to complete?.
It looks great

mconboy wrote:It took a lot of work to get it to where it is. What was right hand drive conversion like to complete?.
It looks great

I did that conversion months ago so I cant remember exactly but I dont remember any major problems with it. Its the rear window you need to watch out for
_________________
Always interested in 1/18 Irish Decals/models

Class build Brian. Credit to you.

Brian - that is mega. Simple as.

Lucky enough to see it in the flesh, stunning workmanship, well done Brian!

needless to say brian, if there are a run of decals or models on the cards, put me down for number two please....

I'm in a similar place with a silver one.

I see you converted the dash to RHD too-still trying to do it myself. I have three of these and the rear glass is broken on two. Trying to see if I can make a mould to cast a new glass in clear resin but ..........