I didn't quite manage to finish the following model in time for the 6R4.net display at 2019 Race Retro as I was missing the appropriate mirrors, but I still displayed it all the same. Anyway, the mirrors have finally been added...

A657NJO was one of the first three Williams F1 designed & built prototypes, and the same car that was debuted in competition in the famous red & white livery on the 1984 York National Rally. '657' continued to be involved in the National rallying development programme throughout the remainder of that year and 1985, resplendant in the iconic blue & white Computervision livery.

In May 1985, the Group B spec car was launched to the media at Knebworth House, Hertfordshire, where two new cars appeared. Later in 1985, two of the first three prototypes - A657NJO and A658NJO - were modified to the Group B spec of the two newer cars, and the upgrade included bodywork, 3 Litre V64V engine, longer wheelbase, etc.

A657NJO is shown here just after the car was upgraded, and apart from the running gear, the visible upgrades include 15" tarmac Dymag wheels, an alloy roofskin (complete with CV logo), and final spec bodywork fitted to all corners, bonnet, bumpers / spoilers, sills, door pods, and tailgate. The only elements that appear to have remained from the Computervision liveried prototype spec car is the two doors - the end of the title sponsor text ran over onto the front wings, hence why it is missing following the bodywork upgrades.

In this configuration, both Tony Pond & Marc Duez (shown below talking to V64V engine designer, David Wood) tested '657' at Charleval in Southern France having come straight from the 1985 Attilio Bettega Memorial Trophy, at the Bologna Motor Show, Italy - I assume in preparation for the 54th 1986 Rallye Automobile de Monte-Carlo?

I only had one image of the car in this configuration, taken from a period French publication, so a great deal of the details are open to debate and speculation, but doesn't that just make it a lot more interesting? Time to take off my anorak now, and hang it up!... 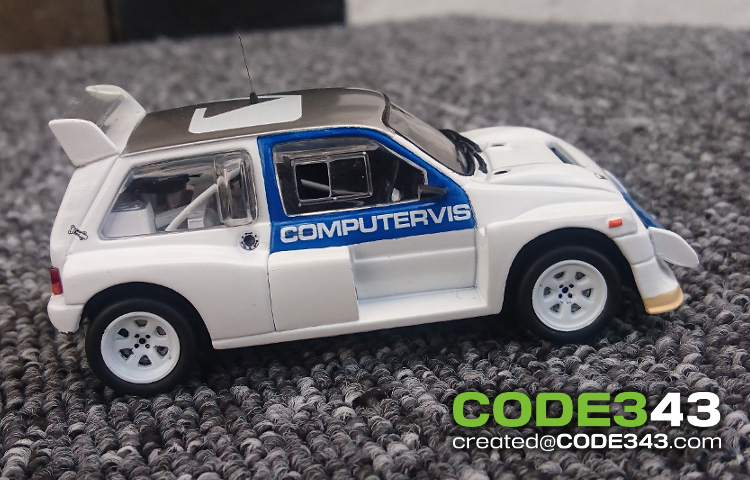 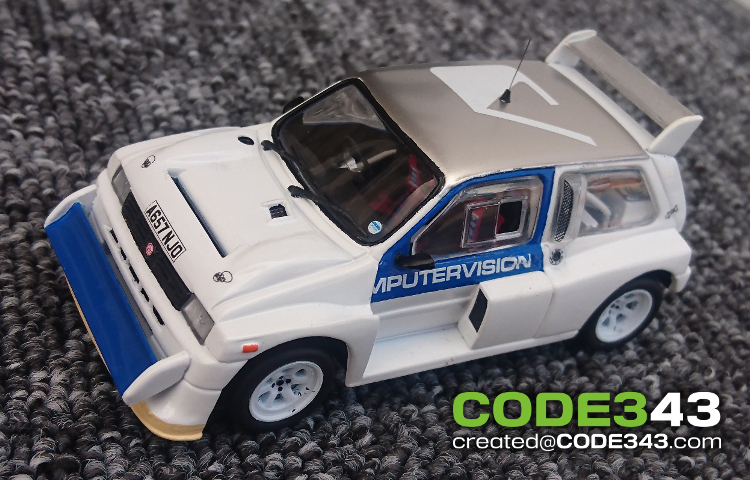 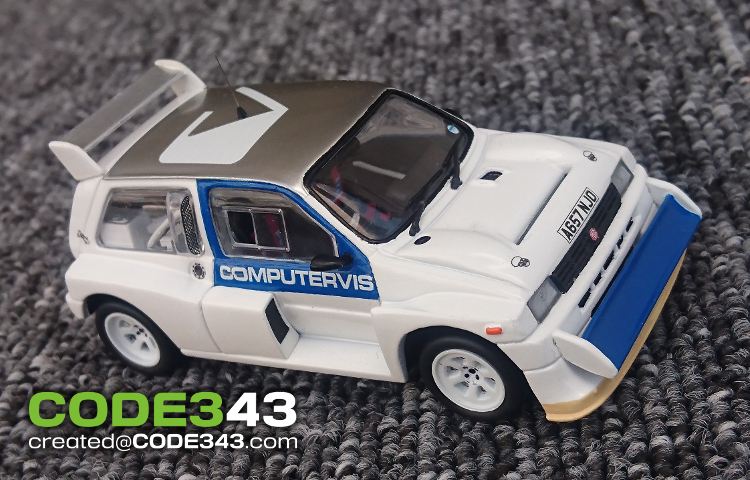 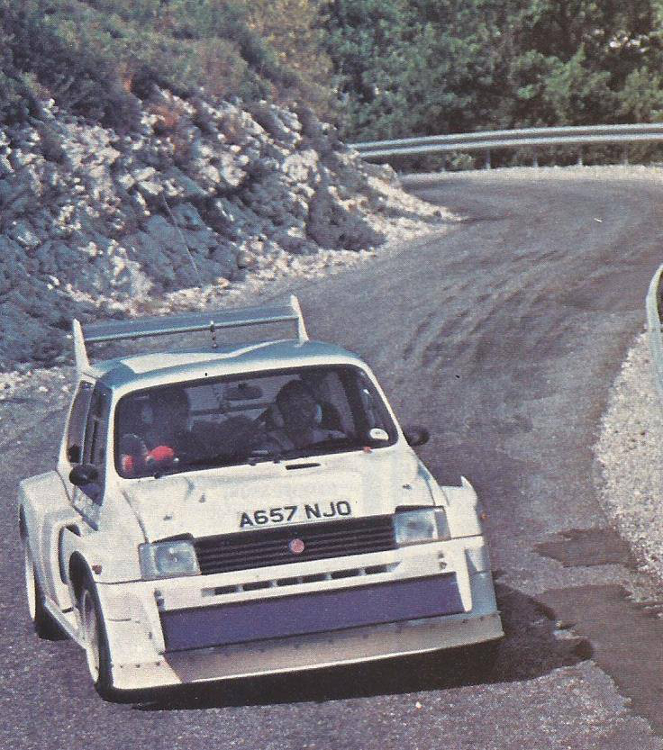 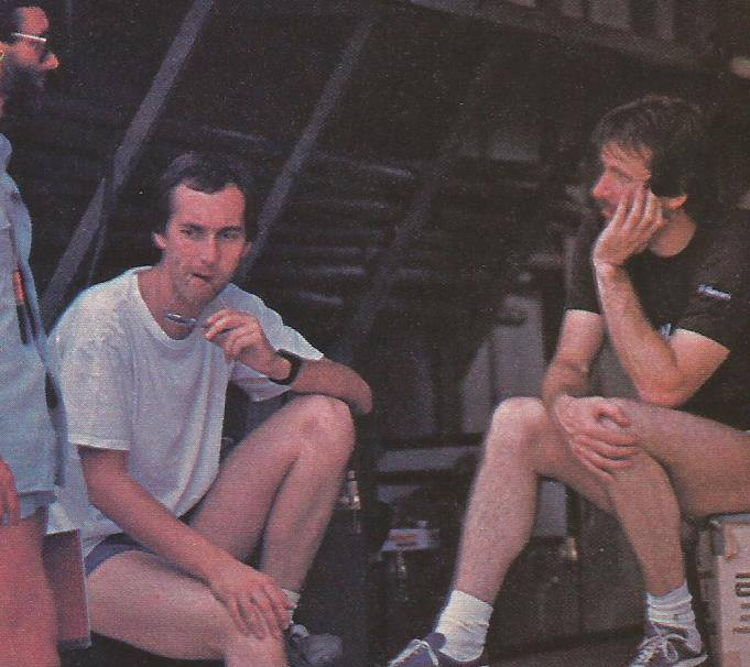 If you put this out on display nobody would believe it, but all it takes is just one photo.

An interesting story, your knowledge of 6R4s continues to impress me

If you put this out on display nobody would believe it, but all it takes is just one photo.

You know what it's like, mate - the background or story behind the model itself, is often what makes the subject so interesting.

David Napier wrote:An interesting story, your knowledge of 6R4s continues to impress me

Thank you, David - that is very kind of you.

To be honest, I've been following the car since before the first prototype was launched 35 years ago, so I'm a bit like a stick of rock to be honest! Cut me open and it says 'Metro 6R4' right through the middle!