Just finished another model thats been ongoing for months it seems now. Billy also has done this model using an AA base, but ive used a Sunstar base instead. There were a few changes to be made like converting it to right hand drive, getting rid of a few bits not used (like the camera box on the roof), and removing the cast in tools from the right hand side footwell (they looked awful anyway)

Sunstar, for some reason thought the models would look better with these, I think they look crap and removed them as they wouldnt be on the drivers side anyway. I just cut out that part of the floor and replaced it with plasticard, filled the gaps and resprayed 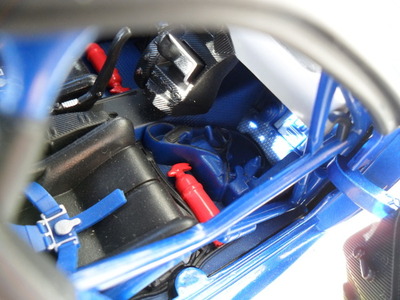 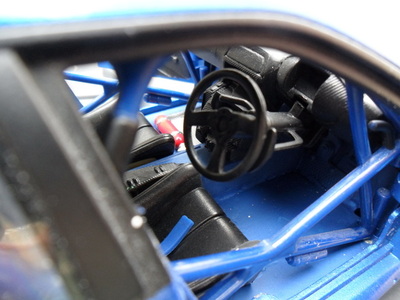 I also wasnt happy with the Sunstar Subaru Blue colour. It seems to had flakes of metalic in the paint rather than being a proper metalic colour (whether thats correct for Subaru Blue i dont know, but i didnt like it either) so i got a can of 02C made up in Halfords, and resprayed the model after fully stripping it. Again, could have used the original colour but I was curious about 02C. It difficult to photo the difference between the two models, but there is a big difference when you look at it yourself. 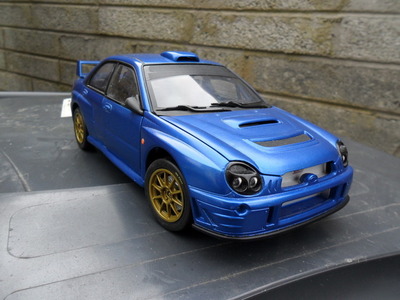 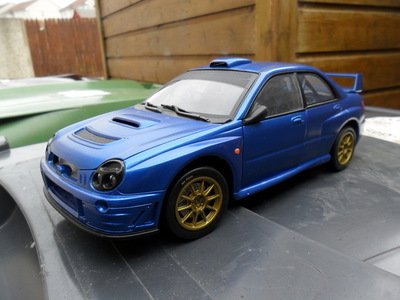 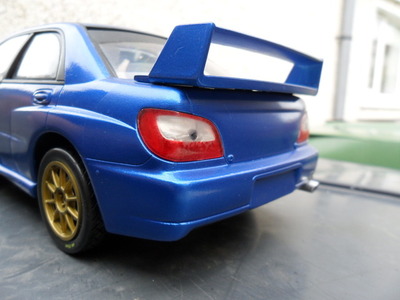 These were vinyls bought from Ian a few months back. Have never used them before, and I found them more difficult to apply than waterslide, simple because you cant really move them around when you put them on the model. In saying that, they do look better as the colours are more vibrant that most waterslide decals. Would definatly use again though. Pretty happy with how it turn out. 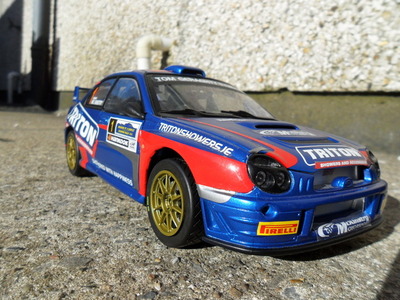 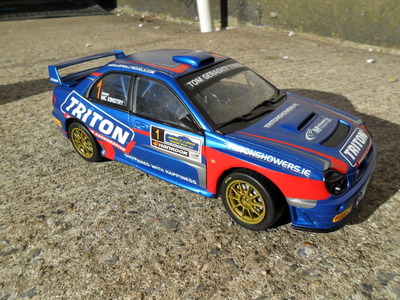 Beside the original Sunstar Impreza 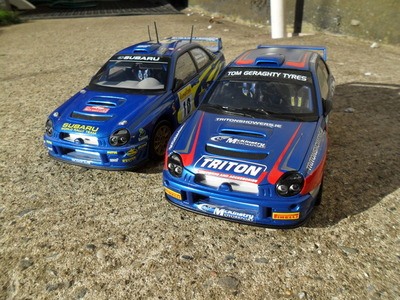 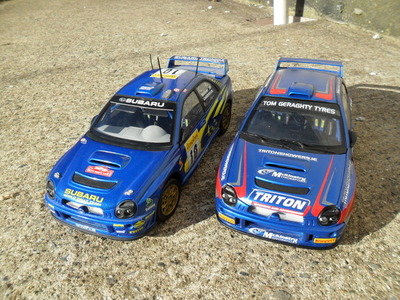 Havnt heard from Ian in a while. Had PMd him about another 2 projects he was doing but didnt get a reply. Im sure he is just busy. One of Nesbitts cars will be done sometime either way

looks very well, good work on the interior too

Great job Brian.. Would say there was alot of head scratching involved

Hoping he does these soon as also have the autoart bases sitting here , just waiting for decals

Who done the mcgarrity circuit cars ????


Dr Tumbo wrote:I have a blue s9 and white s9 sitting here which I think could do w/ the appropriate decals for the Nesbitt 04/5 cars

You made some job of the interior and the colour change is spot on, top marks fella,
Sunstar used a metallic paint and this has a coarse flake to it but the Subaru colour is a Mica paint which has a finer flake,

Thanks for the comments guys. Ive put this one away with the others, have one more to do before i run out of base models for the decals i have, and decals for the base models i already have.

mconboy wrote:Great job Brian.. Would say there was alot of head scratching involved

Wasnt too bad, just took my time with it. Biggest issue was the wipers. Had removed the wipers from their mount to convert them to RHD, but then seen a picture of them still being set up for LHD so had to rob the original piece off another subaru. Other than that it was easy enough.

You made some job of the interior and the colour change is spot on, top marks fella,
Sunstar used a metallic paint and this has a coarse flake to it but the Subaru colour is a Mica paint which has a finer flake,

That solves that then. The original metalic colour didnt look right. Even in 1/18 scale, the flakes were too big. Happy with the colour now though, and from halfords too.
_________________
Always interested in 1/18 Irish Decals/models