Can one drill holes in a diecast model ? I am looking at converting a model with single headlamps to twin lamps. If so what would be the safest way of doing so ?

Yes, you can drill the die-cast.

I am using Tamiya tools for these kinds of drillings...
First I used the hand drill to have a guide whole. And then I use the electrical handy drill to finish the job. As I am doing 18 scale so the thickness of the metal is usually thicker compared to 24 or 43 scales.. so, this way its easier and quicker.
The reason I used the hand one is to have a guide whole so that the electrical one doesn't move away and drill the whole in an unwanted direction or way....

here are the tools... 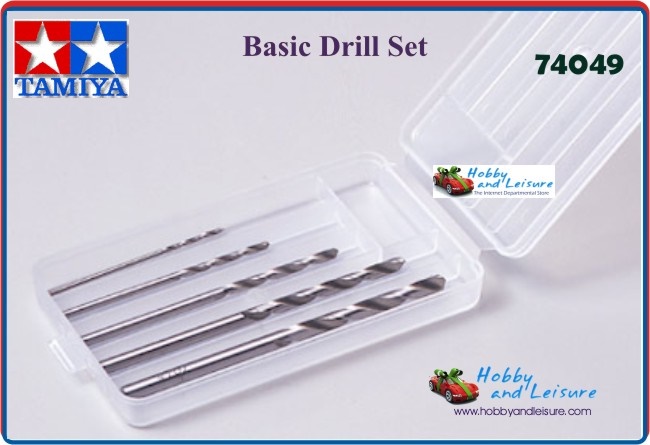 here is a photo of the jack stand wholes I drilled on my Mini project... 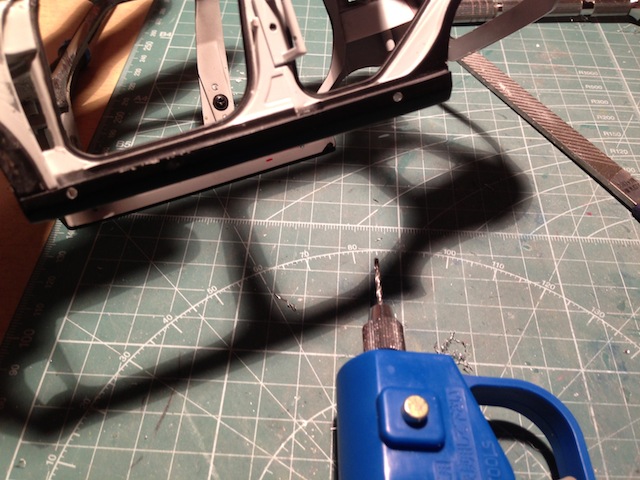 Diecast is just a soft metal so can be drilled no problem. Woodies have small metal drill bits down as far as 1.5mm, much easier to get your hands on than a model shop.

set up shouldn't be that difficult as well Brian.
what he can do is, using a masking tape, he can draw the borders of the original light and then take out the mask, measure the correct light positions and put some pin points and then put back the mask on the original lights... and then all you have to do it is to drill

Thanks folks - currently looking at the possibility of "converting"a Hillman Imp Californian from single to twin lamps.

James, I've been drilling a diecast model this very evening.

I have a Ford RS200 which I'm converting to Martin Schanche spec and needed to drill some vents in the side panels behind the doors for ventilation through to the engine. I used a centre punch to lightly creat a small dent exactly where I wanted the centre to be and after that, drilled thorugh the metal. Be careful of swarf flying about, drilling through to the table below or burning your fingers as the metalwork heats up due to the friction. It's all part of the 'fun'!

I then changed the drill bit for a side nibbler (that's my name for it, but it's a bit with an aggressive shape down the sides for widening holes rather than a conventional bit which is meant to drill at the end only. This opened up the drill holes nicely and I've finished the shapes off with a very small file.

I have a pin vice like the one Omer showed in one of his photos. This is a great tool when used with the very fine bits available. I've used these for such diverse jobs as drilling out rivets and making holes for door mirrors to sit in. As with any job, measure twice and cut/ drill once!

Dremel James. If you don't have one I can loan you mine. Twin headlamps-hmmmmmm. Saab 99 Turbo by any chance?????

RORY O CONNOR wrote:Dremel James. If you don't have one I can loan you mine. Twin headlamps-hmmmmmm. Saab 99 Turbo by any chance?????

Have a Renaissance one of those. No - far less exotic twin lamp Hillman Californian.