As you most of you aware I am collecting 1/18 rally car models and besides trying my best to custom build in some of the existing 1/1 rally cars in 1/18 scale.
This week I would like to share my latest custom build rally model in 1/18. I believe this model is one of the most important for me. The reason of it's importance is coming from its decals.
These decals were prepared and printed by a good friend of mine, Halil Akaryildiz from Turkey. He spend many hours studying on the original car and the sponsor logos.
When he first share his idea of this project with me, I pushed him to finish his model as early as possible

because I was also looking forward to build one for my self. and would like to thank him once again in here for sharing his passion, his intensive labour of crating those decals with me...

Actually, he build this model earlier then me and shared on his thread.. I would like to remind his beautiful creation once more... 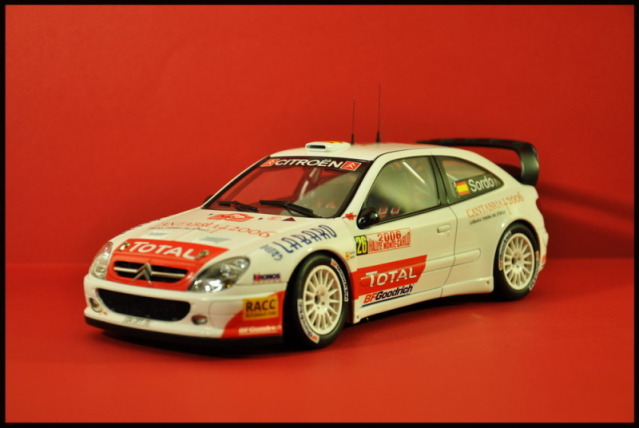 The model, we have created is a replica of a successful driver from Spain. Dani Sordo is a very talented and fast driver, especially in tarmac rallies.
He is one of the skillful Spanish drivers that Carlos Sainz introduced to World rally championship.
After his many success in Spanish rally championship the local federation (RACC) supported this young driver to start to compete abroad. and earlier he started his international career with JWRC, PWRC and finally in WRC. before he started his career in WRC he became the JWRC champion with a Citroen C2 S1600.
and in 2006 he started his WRC category on a Citroen (Kronos) Junior team Xsara WRC in season opener Monte Carlo rally. 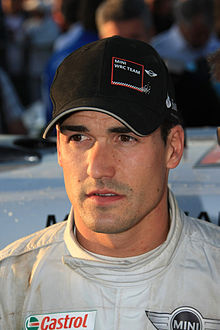 I believe he achieved a good result finishing the MC in 8th position in his first WRC experience.

Later in the season, Dani also joined Sebastien Loeb in Citroen Team (Kronos) as second driver.
This is the short story of the model that I have tried to replicate this time.. 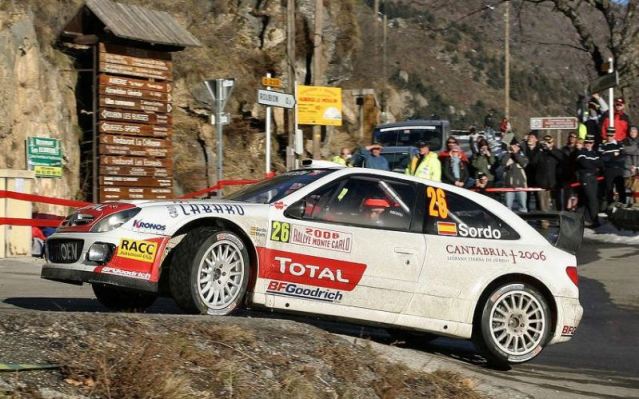 The base model was AA 1/18 scale Plain body Xsara WRC. and I have used the decals prepared and printed by Halil Akaryildiz. 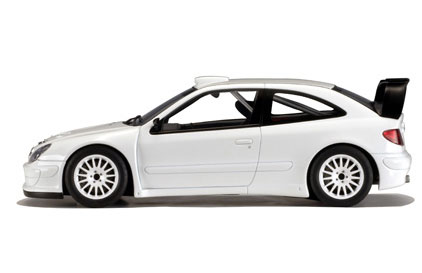 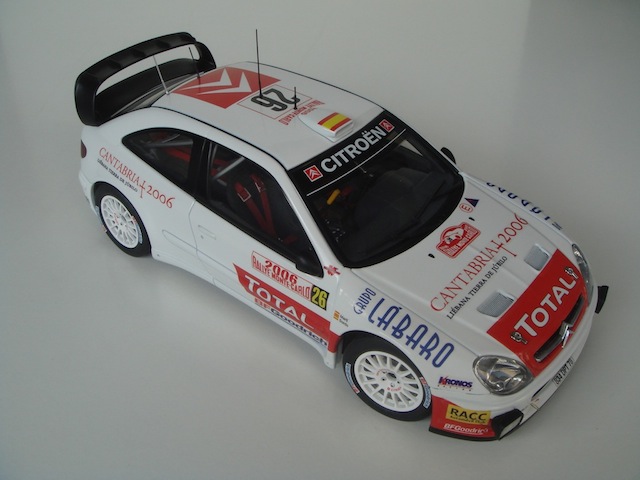 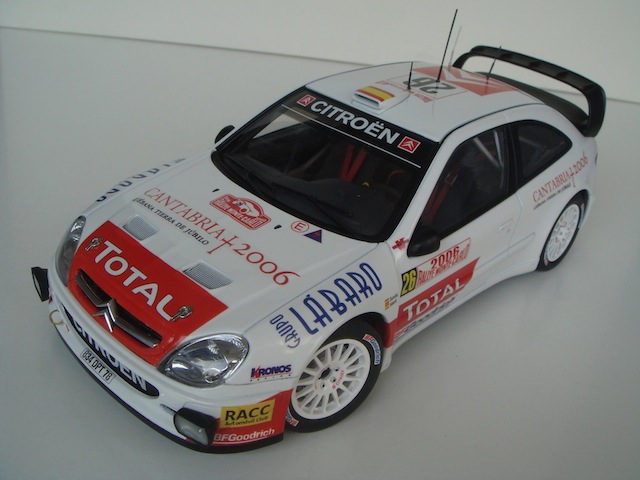 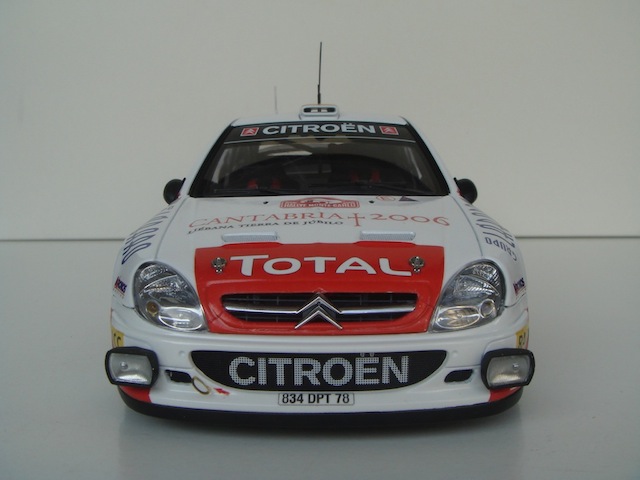 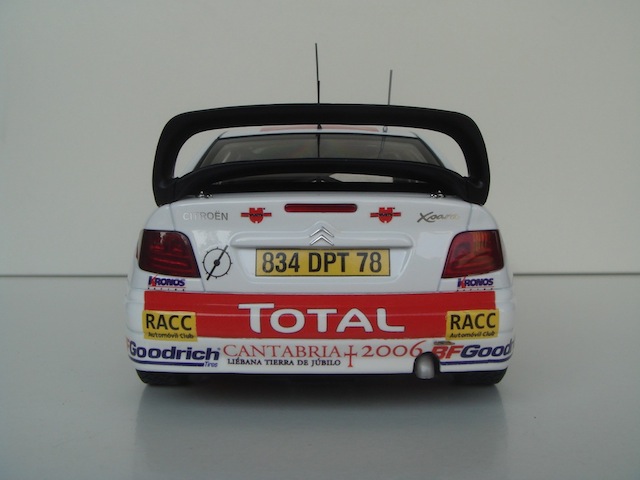 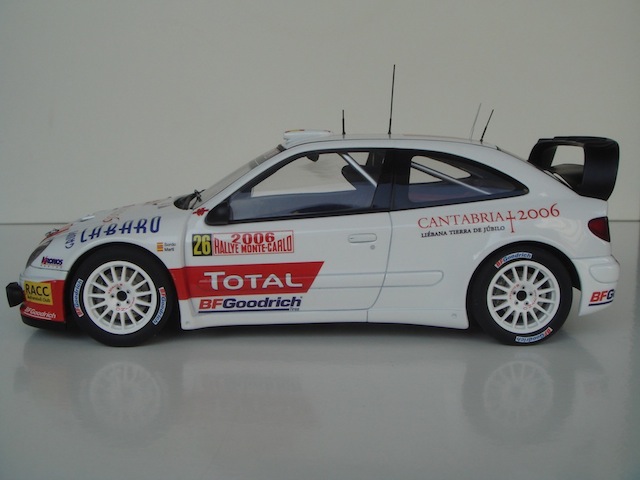 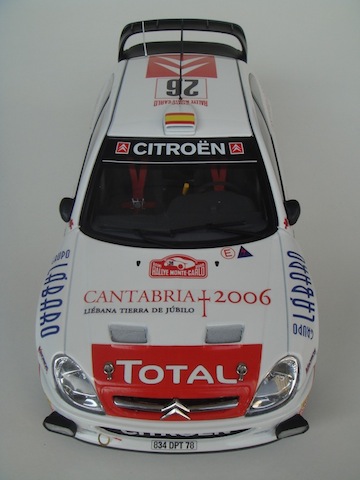 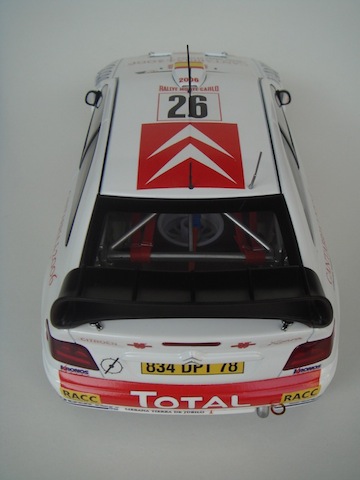 and here is a small delight...
Dani Sordo, started his first official drive in the Citroen team after they got back to the championship in 2007 with a C4 WRC and he finished the rally 2nd! 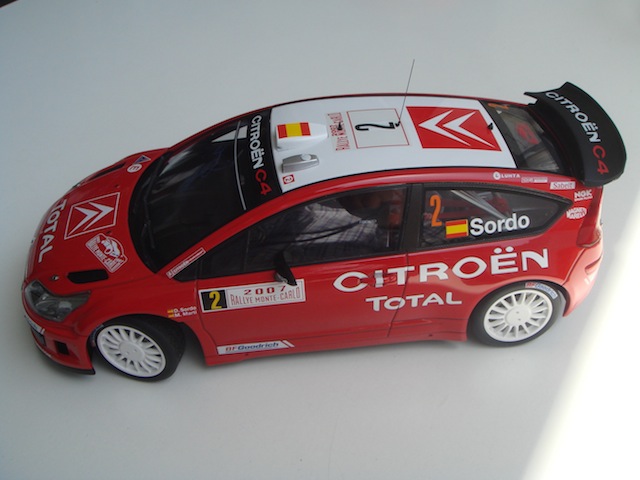 I hope you guys do like my latest 2 models in my custom builds...

Wishing you guys a great weekend full of rally

by the way, Dani Sordo is competing in IRC Tour de Corse rally this weekend with a Mini Countryman S2000 car and he is leading the rally...

all the best...
Omer